A few of you might have already heard something about this new initiative called Founders Founders (F2). It started last year in Porto with shy communication. A few details were revealed, but we were all still wondering what F2 would be.

The wait is over! PortugalStartups.com had the opportunity to interview some co-founders of the startups behind F2. (Exclusive pictures included in the end).

How it all started

As almost everything in entrepreneurship, it all started with a need. The 5 founding startups started their path at UPTEC and, sooner or later, they would have to leave as part of the natural startup cycle. To avoid leaving each one at a time, and eventually end up spread across the city, they decided to synchronize the departure and find a way to stay together. Being together, working together, sharing difficulties, challenges or solutions and learning from each other, were some of the things they didn’t want to lose by leaving UPTEC. The search for a solution started.

We didn’t wake up one day and decided to open a new space. We wanted to stay together… so we synchronized our departure from UPTEC.

Like a startup, they had a problem to solve. While looking for solutions, they soon realized they were not the only ones having this problem, which became an opportunity. More companies were looking for a space and had the same sense of community. So, why not building something that could work for a bigger audience?

When asked, the founders couldn’t find exact words to describe what F2 actually was born to be. But they had no doubts about this:

We were born from the community to be a community.

We are not reinventing the wheel, we are going with the momentum that already exists within the national startup ecosystem. We’re creating something that promotes a sharing culture, with the particularity of being made by founders and for an advanced stage of growth.

Besides working together, with a sharing mindset, at F2 people will have access to an interesting mentor network that’s being created. Paulo reinforces that F2 is all about the people:

A community is built from people, not from companies. Everyone is here not only to receive from the community, but also to give back.

Although the companies joining F2 are in different evolution stages, they have all passed the startup phase, they have a solid business validation and are growing. Problems faced by companies in the growth stage are clearly different from the ones in an early stage. That’s why it’s important to focus on their specific needs.

According to Rui, F2 was very unlikely to happen five years ago:

“The ecosystem was not ready 5 years ago, this need is an evidence that we evolved.”

It’s interesting to see that coincidently, another initiative started by the Porto Municipally, is appearing with a similar goal. ScaleUp Porto was announced last December to help companies ready to scale, grow faster.

Coming back to the need for a new space, here’s where the Founders House comes in. This is a 1500 square meters historical house, with capacity for 150 people, where some of the companies will be based. But F2 is not a real estate company:

The building that once was a Department of Investigation and Penal Action, will be inaugurated in the first quarter of 2016 with at least 50% occupation. The first startups joining in will be “invite only”, but in the near future (around March), applications will be open to fill the whole space. Besides the founding companies, 2 other are already in: Xhockware and Get a Fest.

The House is always open to the community, but if you want an excuse to explore it, March Porto Startup Coffee Meetup will take place there. Then, besides the house, the companies, the founders and the community, you can also get to know the room for suspects identification, the cells and even the tree in the garden, that’s considered municipal heritage. It will be one of the many upcoming events at the house, from informal talks and drinks to more structured activities. F2 promises to be active. See you there!

New study reveals what works in the Portuguese startup ecosystem 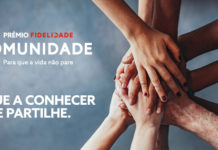