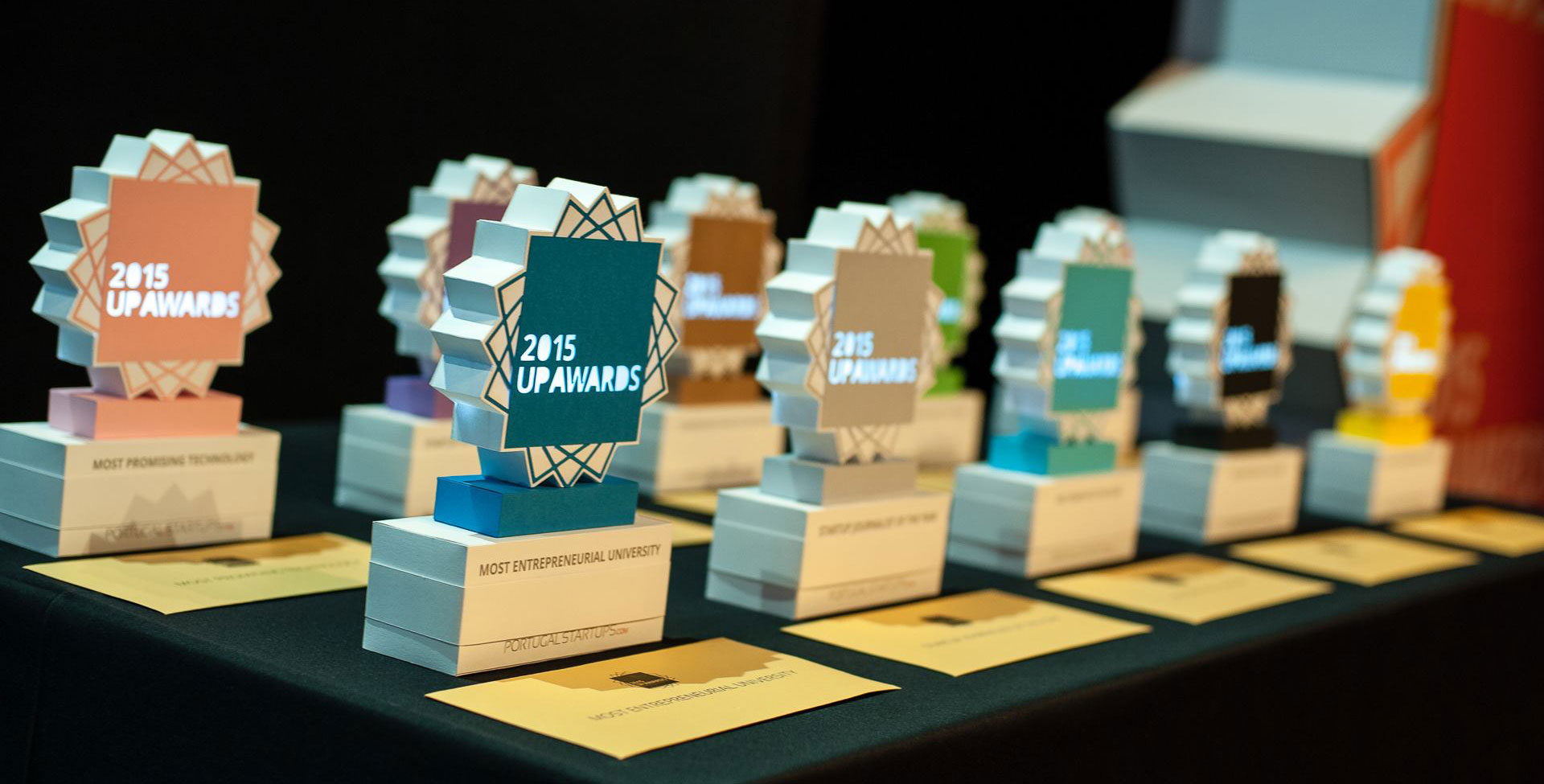 UP AWARDS GALA: A box of surprises

Last Friday the 2015 UP AWARDS Gala took place at Pavilhão do Conhecimento. We got to know the winners of each one of the 10 categories, all related to the Portuguese Startup Ecosystem.

It all started with David Trayford, the host of the whole ceremony, jumping on stage introducing PortugalStartups.com and the UP AWARDS. 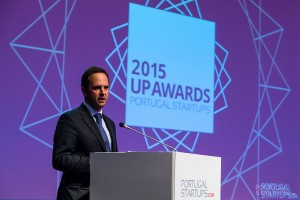 Right after that, we had the pleasure to hear from Fernando Medina, the Lisbon City Council Mayor, welcoming the community and delivering a clear message about his belief in the growth potential of our community: “Let things happen, let things grow, use the opportunities”. 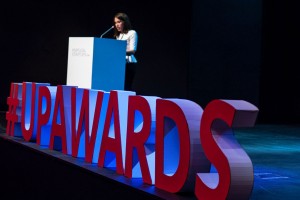 Daniela Monteiro, from PortugalStartups.com, followed the Lisbon City Council Mayor to present a brief overview on the evolution of the Portuguese Startup Ecosystem in the last years. From a position where international journalists couldn’t name Portuguese Startups, till a place where we are being recognized internationally in the press, getting big investment rounds, exits and attracting the Web Summit to Portugal.

To wrap up the presentation, Daniela mentioned some numbers from the first report on Portuguese ICT Scale-ups, published in that same day by Startup Europe Partnership together with Microsoft Portugal and Ativar Portugal Startups:

It identifies in Portugal 40 ICT scale-ups, and an additional 24 other startups lined up to follow in their path. The report also says Portugal has produced 9 exits on this kind of companies since 2010. Numbers may seem modest, but the doors are open.

The first one was the Most Entrepreneurial University, delivered by Fernando Medina to ISCTE – Instituto Universitário de Lisboa. 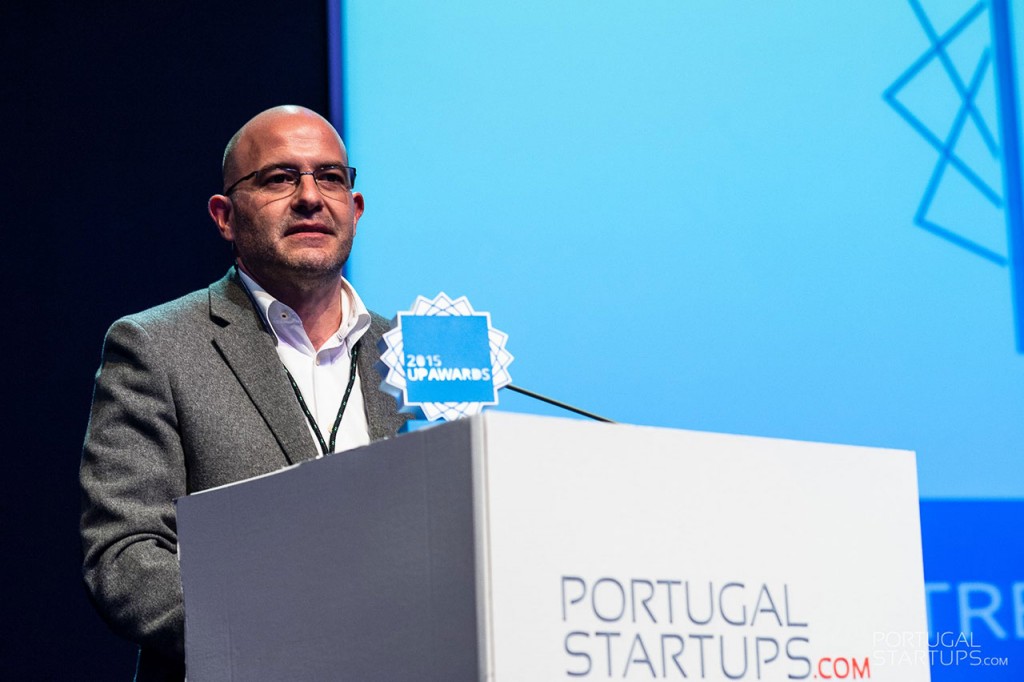 The Most Promising Technology followed. It was delivered by Caroline Phillips, from Ativar Portugal at Microsoft, and it went to Sphere Ultrafast Photonics. 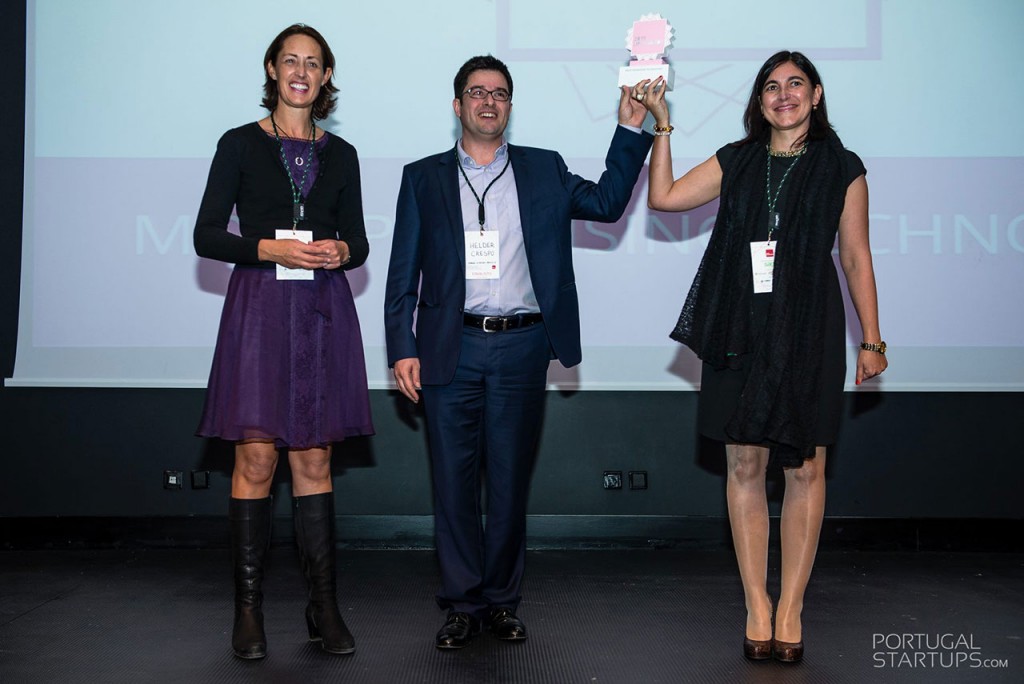 The third one was the Startup Accelerator of the Year. Delivered by Arnoldas Abramavičius, Vice-President of the Committee of the Regions and Member of the CoR Commission for Social Policy, Education, Employment, Research and Culture, to Act by Cotec. 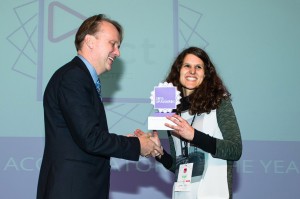 The B2B Startup of the Year was delivered by Isália Barata, Head of Startup & Small Business at SAGE and went to PaperVault. 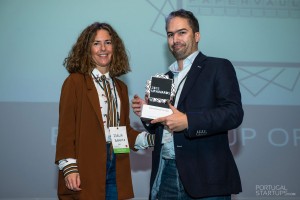 And the the last of the first part of the ceremony was the Startup Journalist of the Year. Delivered by me, it went to Ana Pimentel, from Observador. 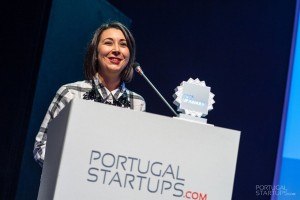 One of the goals of this event was also to get the community together to network, share experiences and explore collaborations. That was what happened during the break.

5 awards were delivered, 5 to go. The second part started with the Coworking Space of the Year delivered by Inês Silva, from PortugalStartups.com. The big winner was UnOffice! 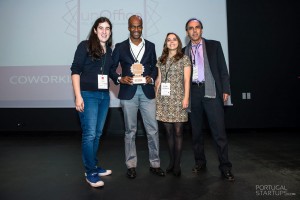 The B2C Startup of the Year, was delivered by Miguel Vicente, from Ativar Portugal at Microsoft, and it went to musicyou. 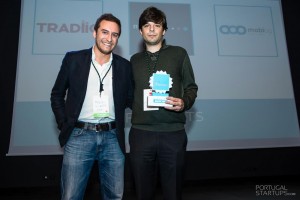 The Startup Incubator of the Year, was delivered by Ana Almeida, from PortugalStartups.com, to CEIM – Centro de Empresas e Inovação da Madeira. 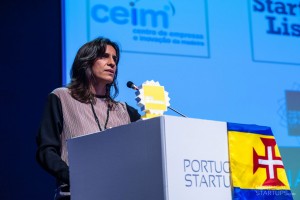 The Investment Firm of the Year, was delivered by Maria Antónia Costa, Country Manager at SAGE, to 2bpartner. 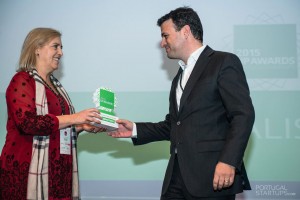 For the last category, Founder of the Year, we had a small surprise planed. A golden ticket was hidden in the audience and the person who got it was the one delivering this award. This was our way to bring the community on stage. Tiago Pereira was the one with the ticket a delivered the award to Vasco Pedro from Unbabel. 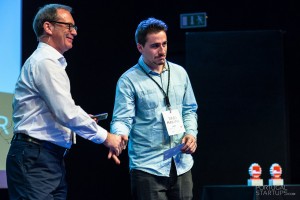 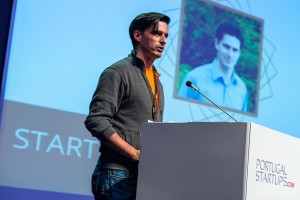 When it looked like everything was over, two extra prizes appeared. Our team decided to give a special recognition to 2 individuals that were essential for the whole UP AWARDS organization: 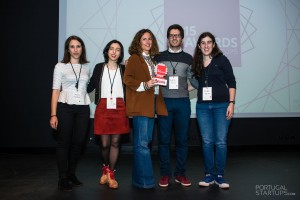 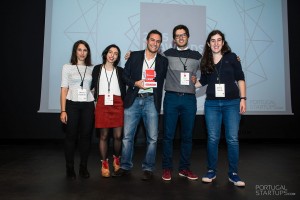 It all ended up with a final networking moment with a glass of champagne to celebrate the achievements of the Portuguese Startup Ecosystem.