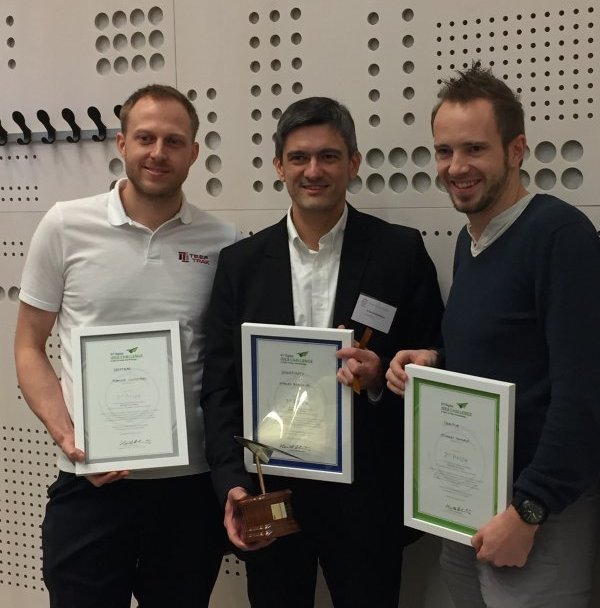 News arrive in several forms and this one arrived as a tweet:

This means Sensefinity won the first place in the Internet of Things category at EIT Digital Idea Challenge.

The EIT Digital Idea Challenge is a contest promoted by EIT Digital, a European open innovation organisation. With this contest, they aim to reach out, identify and support the best digital startups in Europe, that are focused on fast growth of their business in the EU and worldwide. The contest focuses on eight strategic areas, one of them is Internet of Things.

Eight startups were shortlisted in this category, out of 79 applicants. The finalists pitched yesterday in Stockholm.

Besides the support of the network and access to some perks, Sensifinity is also receiving a €40.000 prize.

The Internet of Things for the masses. In other words it’s for all businesses which have data information needs for additional revenues based upon efficiencies and risk mitigation. By plugging Sensefinity’s devices and registering to the platform, projects can immediately start using data gathered from their assets and delivered by their ubiquitous GSM data-pipe with multinational companies and covering worldwide territory.