Chic by Choice, the Portuguese renting platform for luxury designer dresses, secured €1.5M in an investment round led by Portugal Ventures and Faber Ventures (who had already invested 520k in Chic by Choice in March 2014). Among the investors are Paulo Mateus Pinto, CEO at La Redoute Iberia, and Nuno Miller, Head of Digital Channels at Sonae and former CIO at Farfetch.

Chic by Choice allows women to access the most breathtaking designer dresses, straight from the catwalks. It is a renting platform that gives access to luxury design dresses for a price 85% lower than the sale price. They are now shipping dresses from more than 40 designers to more than 15 countries in Europe. The startup expects to grow during 2016: to include ten more designer brands to the platform and to expand significantly, especially in its main markets, the UK and Germany. In August, Chic by Choice, had acquired the German competitor LAREMIA.

SEE ALSO: Inside LAREMIA’s acquisition by Chic by Choice

According to Filipa Neto, Co-Founder at Chic by Choice,

Within just over a year thousands of customers have already become fans of Chic by Choice’s service. It represents a great chance of expanding not only in terms of product offer but also geographically. 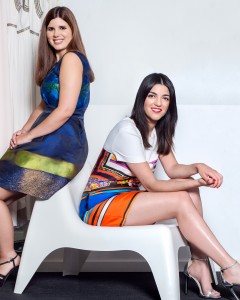 SEE ALSO: The top 4 tech startups on fashion in Portugal