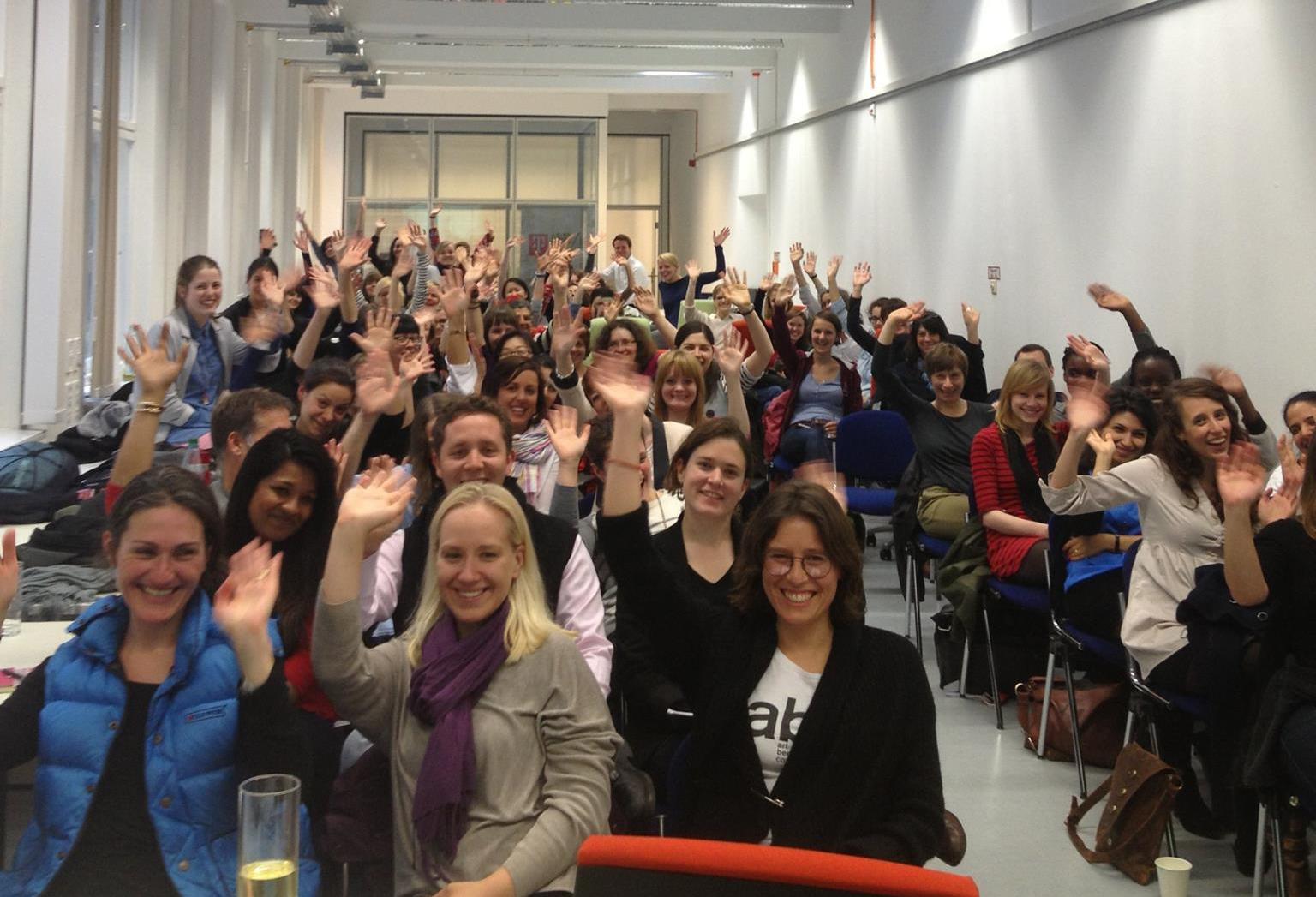 4 reasons to be a Tech Girl in Portugal

You know that awkward moment, when the girl starts grading her clothes by how AGILE they´d be with her wardrobe? It can only mean one thing – she was born to be a Tech girl. The world wants ladies to be fabulous, chic and sexy. But, what about having those qualities as a natural accessory to intelligence and independence?

Have you ever realized that Portugal is over packed with naturally smart and beautiful women?

Technology, programming, digitals and design have always been ruled by  men. But the more independent women get, the easier it is for them to help other women up. Aren’t you curious what´s hidden behind the scenes of the most successful Portuguese Girl Tech Communities?

The stories of Portugal Girl Geek Dinners, Girls Lean In, Rails Girls and Geekettes reveal the reasons to be a Girl in Tech in Portugal.

Portugal Girl Geek Dinners (PGGD) were founded in Portugal by Vânia Gonçalves based on the contact she had with the similar group in Belgium. Later on she found that the founder of this idea back in 2005 was Sarah Lamb. The Portuguese group is based on the same principles as the other 90 groups spread across 32 countries. In Portugal, PGGD events take place in Braga, Porto, Coimbra, Leiria and Lisboa and gather women with careers in diverse technical areas, as well as students, with ages ranging between 20 to 50 years old.

What´s the idea behind these dinners?

“It is quite simple: In a relaxed and informal scenario, we aim to give women the chance to meet each other and listen to one or two talks about a technical or business topic, or even women’s issues. Whenever possible, these events are also accompanied with food and drinks and a few souvenirs can also be provided by a sponsor. Men are also welcome to attend the Girl Geek Dinner, but they must have an invitation from a female attending the event.”  – Vânia Gonçalves

And where does the motivation come from?

“What motivates this initiative is to counteract the idea that women do not like technology. Portugal is not different from the rest of the world and the numbers of women in STEM (science, technology, engineering, and mathematics) are also pretty low. Thus bringing women together not only empowers them through networking relationships, but also shows that there is much to be done in encouraging female youngsters to join STEM careers. The Portuguese group has also conducted a few visits to secondary schools in order to show girls and boys that women in technology exist and also have successful careers. Beyond the bi-monthly meetups, we are willing to pursue further the goal of engaging more female youngsters in STEM through a number of other initiatives.” – Vânia Gonçalves 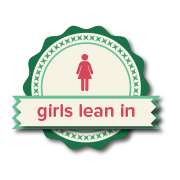 We are talking about a monthly meetup that aims to bring together women entrepreneurs in Portugal and the world around to share their success stories and motivate younger women to take risks and take advantage of leadership positions. The main goal of Girls Lean In is to change the current paradigm, where the male is in the front line of the business world.

Where does the inspiration for the meetup come from? 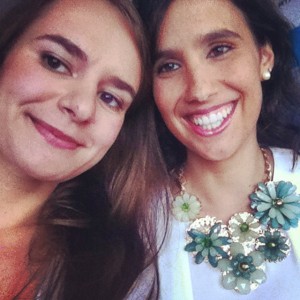 “Girls Lean In is inspired by Sheryl Sandberg and her Lean In book. So, in October 2013, Catarina Sousa and I started the meetup Girls Lean In and invited women entrepreneurs to inspire other women to take advantage of leadership positions and fight for their beliefs. We usually invite 30 people, women and men and we listen to inspiring testimonies, followed by an open discussion about the hot topics. In the end, we all share the same network that gets bigger every meetup. Like Sheryl Sandberg, we also want to change the world and make it a better place with equal rights for all.” – Catarina Campos and Catarina Sousa

Why organising meetups for Girls in what is considered to be a man´s world?

The technological world is super challenging, for men and women. New updates, new innovations or ideas – that´s what makes this “computer area” really exciting. Even nowadays, there is a small percentage of women working in this area as well as in the administration and management of companies.

“I think it’s very important to remind younger women that there is a place for them in the world of technology, and that learning programming can be an asset to their professional future. For all these reasons, organizing events like Portugal Girls Geek Dinners and Girls Lean In became fundamental for me and I really believe we can get more women to become interested in the business and software development, which as we know are predominantly male jobs .” – Catarina Campos and Catarina Sousa 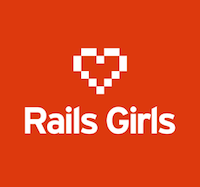 Rails Girls is a hands on workshop, where participants (mostly women) learn to build a Ruby on Rails web application. Linda Liukas and Kaari Saarinen got it all started in 2010. In Portugal, the first event was in 2013 in Porto, followed by Lisboa. This year, there were 3 Rails Girls in Porto, Lisboa and Braga. 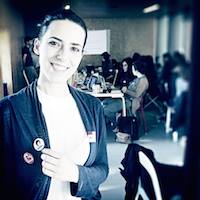 “When I heard about Rails Girls, I felt really excited to bring this concept to Portugal. I wanted to learn to code as well, but I didn’t know how to start. This sounded like an amazing place to learn programming. I have helped the organization of the 5 Rails Girls in Portugal, and what I love the most is the enthusiasm of the participants, coaches and speakers.

If you want to learn how to code, get in touch with us or any similar organization, like Coder Dojo. Even though there aren’t many women here, the men still support us a lot. It’s time to kill the stereotypes of the guy coders that „just code all the time“  and the girls that don’t like tech. Send an e-mail or a Facebook message, ask them for advice about sites or books to read. Ask Rails Girls for an event in your city or help us organize one. Many girls tell me that they were afraid of attending Rails Girls events,  because they can’t code at all. But then, they realize they aren’t the only ones. So, whether it´s programming or anything else, feel the fear, but build your projects – you can do more than you give yourself credit for. “ – Ana Sofia Pinho

Geekettes focuses on empowering women to build their projects with the right tools and knowledge. It connects women all over the world to share the enthusiasm for tech, entrepreneurship, design or marketing. Jess Ericksen and Denise Richards founded Geekettes in Berlin in 2013 and Inês Santos Silva and Ana Sofia Pinho brought it to Portugal.

“The idea of all the 4 projects is not to force or brainwash women into tech. Many women would like to “go geeky”, but they feel like they aren’t allowed to, because of the society. Other women would never even consider being a tech girl. The tech scene should not only be made of men in their 20’s that code and live in the Bay area. Women perspective is very important in Tech.

Geekettes helps women to feel empowered, connected to each other and able to evolve in their careers. These events are getting the girls together and showing them they can do amazing things. More women in Tech means a smaller gap between men and women. When there is no gap, no one will question if women should work in technology.

I like these projects, because it resonates with my values of empowering women. I love connecting amazing people that can do amazing things together.” Ana Sofia Pinho

Thank you Catarina Santos, Catarina Sousa, Vânia and Ana for showing us that the doors to the Portuguese Startup Scene for Ladies in Tech  are always open.

Don’t miss the upcoming events and share your passion for technology, fashion, red Skittles or anything you are into, with the world – no matter, what!