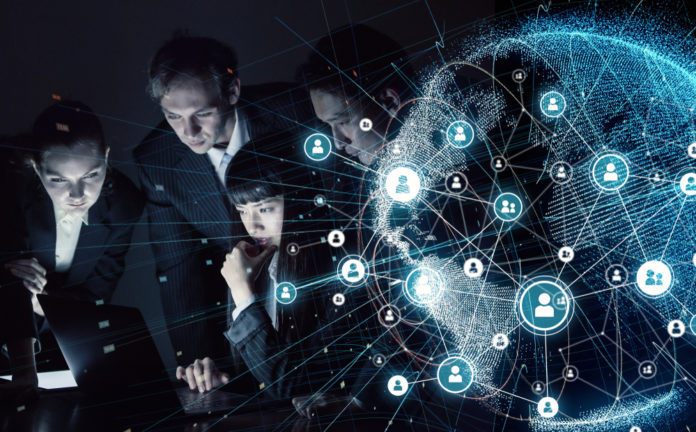 ‘Dark social’? We talk with Lisbon-based GetSocial.io about privacy scandals in social media, tracking conversations that are not public, and how a Portuguese startup found its market by listening to clients.

Cambridge analytica, right-wing politics, and GDPR: After a string of privacy scandals affecting millions of Facebook users and the EU tightening regulations, it comes at no surprise that social media users are increasingly concerned about publicly sharing their data.

This ‘Dark Side of Social’ is further fueling the ‘Dark Social’ phenomena – a term used by social media marketeers to describe the social sharing of content in private channels, outside of what can be measured by Web analytics programs.

It other words, with more and more conversations happening on private channels such as Whatsapp, companies are left in the dark about a large chunk of social media interaction.

Founded in 2013 and backed by Faber Ventures and Portugal Ventures, the startup from Lisbon provides a content performance and social media analytics platform aiming to help companies increase their traffic.

“And it’s not just Facebook – content engagement, such as shares, likes, and comments, on all social networks have halved since 2015, according to our data”, Romão added.

However, private shares are a headache for any company wanting to track their social content.  “78% of shares made on social media are on dark social”, warned Agna Poznanska, Marketing Director at GetSocial.

“Failing to effectively track dark social is failing to listen to those conversation. It’s failing to understand how audiences and consumers are reacting to brands’ products or content”.

A problem that GetSocial jumped in to address: the company aims to help companies to accurately gather information on dark social sources, including to better identify top users, stories, and channels that are driving traffic.

But keeping in mind the surge in privacy concerns, can companies still track private conversations?

There’s a crucial difference between tracking and reading, between “knowing that a link is shared and knowing what people say”, explained Poznanska. “The former we do for millions of users every month, the latter is reserved for more totalitarian approaches for social media”.

How did the idea arise? “Thanks to customer feedback”, she says, and explains that the company originally build sharing tools such as AddThis or ShareThis. “A few customers seemed to question whether their 40%-50% direct traffic was really direct. That led us into questioning our own product and finding alternate solutions”.

Listening to clients has made the difference for founder Romão. As many entrepreneurs, his first attempt to build a company failed: Weshareit, an online platform for friends and families to find, recommend, give and receive perfect gifts.

While the business did not turn to out to success, it provided an important lesson that GetSocial has remembered since. “You are not your users”, summarizes Romão. In other words, address the problem that your clients face, not the pain that you think you found. “Validate your business model early, and I mean seriously early. Before building a product and before writing that first line of code”, is his advice.

Social media platforms have never been a more hotly-debated political issue in Europe, including in Portugal.

Last month, after an invitation to French far-right politician Marine Le Pen for Portugal’s prestigious Web Summit sparked a huge controversy, founder Cosgrave stated on Twitter that the “issues of hate and freedom of expression in relation to platform technologies is a defining question of 2018”.

In this challenging and politically-charged environment, opportunities exist for specialized social media companies such as Portuguese startup GetSocial to advice companies on how not to overlook the rise of private conversations – whilst importantly respecting users’ privacy concerns.