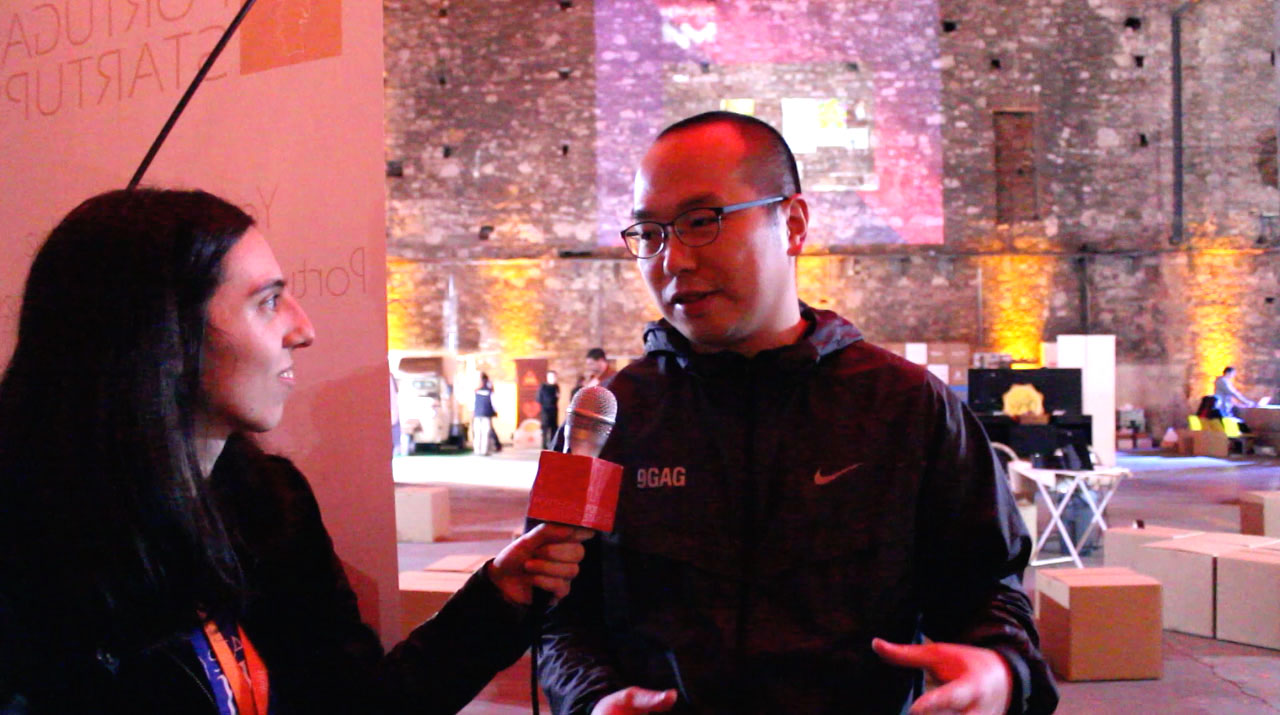 One doesn’t simply bump into the CEO of 9GAG, and miss the chance for an interview!

Ray Chan was at Go Youth Conference last weekend in Lisbon, and even though he’s not Portuguese, we couldn’t skip the opportunity of having him here!

9GAG for dummies, or non-9gaggers

9GAG is your best source of happiness and awesomeness.

The only word we would add to the definition is procrastination! There is a reason why the main source of views are schools and offices – when people are tired of studying or working, 9GAG is the perfect place to go!

In a simple way, 9GAG is a crowd-sourced platform where funny images and videos are shared. Most of the images are “memes” (humorous images that are copied and spread by Internet users, often with slight variations), and the posts are upvoted, downvoted and commented by users.

Have you ever asked how 9GAG was born? We did!

Back in 2008, Facebook was still not very popular in Hong Kong and people shared funny content mainly through email and messenger. Ray Chan decided to create a fun side project that could simplify the sharing process, 9GAG.

It was like a personal project. We didn’t expect anything. We were crazy, but not crazy enough to think that this could become like a real business. We created 9GAG just to solve our own problem.

9GAG eventually went to Silicon Valley, counting two top accelerators on the way: 500 Startups and Y-Combinator. Like many other startups that come to the USA, they were living in a cheap place: “One of our worst experiences so far was to share the same bed for a week. We forgot to book our usual motel, so we used AirBNB to find a temporary solution. But everything was full, we could only find a room. It’s pretty creepy to wake up in the middle of the night and touch another guy”.

But in the end, they are not like many other startups. Right now, just on Facebook, 9GAG has more than 23 million fans. On Twitter, 4.41 million followers. Visiting the website every month there are much more. It is safe to say that 9GAG is the leading crowd-sourced platform for humor content. 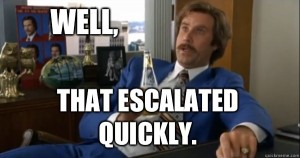 What will the future bring?

According to Ray, their direction for 9GAG is to continue to make people happy, but to expand to more categories.  What started with a website has now turned into a series of products: they added first 9GAG app and 9GAG TV. Last year they released 9GAG CHAT, that now “connects people within the same countries, or connects people with the same interests” and in January 2015 they launched a new game, 9GAG Redhead redemption. Internally they have a concept called login (which stands for localization, games and interest), that sums up what they they want to do, and guides them through the process.

And why would Ray come to our awesome country?

Ring the bells! Portugal is one of the top countries for 9GAG! We are a small funny country after all. For Ray, coming to Portugal was all about understanding the local scene and meet 9GAG users.

Don’t listen to any advice. Keep working hard on your own stuff, and you’ll figure out your own way.

After all, advice comes from personal experience, and who’s better than you to understand what you are going through?

You can see a small part of our interview at Go Youth Conference here: