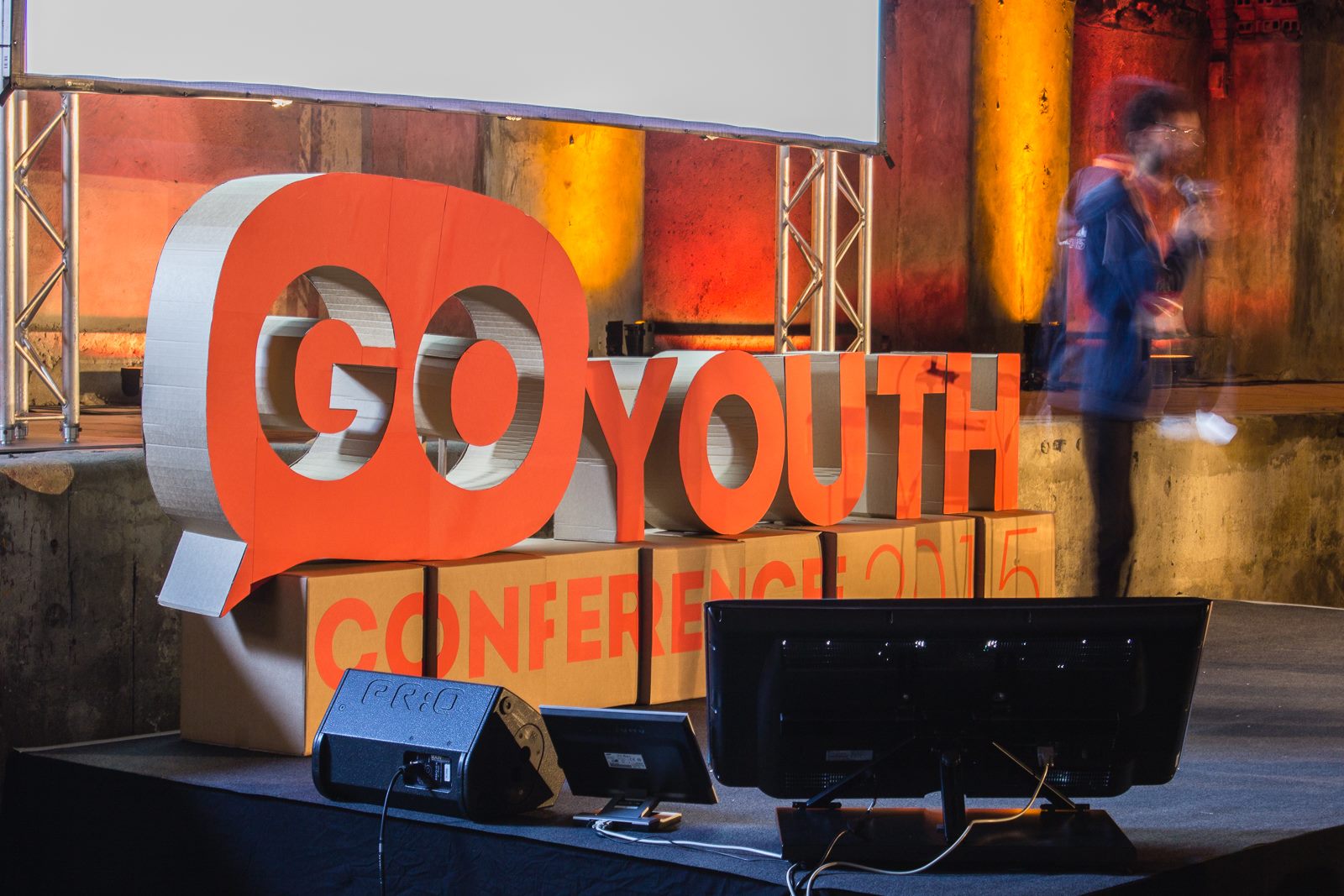 Leveraging Youth With a Conference

Go Youth Conference (GYC), created by and for young entrepreneurs, happened during this weekend in Lisbon, and PortugalStartups.com couldn’t miss it.

Tiago Vidal, who created GYC with only 17 years old, told us what were the main changes in this edition:

I’m truly glad with this year’s edition. This time we invested in production and decoration, creating different spaces. Our main innovations were the creation of “pitch the master”, a place where everybody can spend some time with mentors/speakers. We also added to the Conference the startup dinner, the farewell party and some tours for foreigns coming to GYC.

A very well organized Berlin-like venue welcomed the delegates in a mixture between conference and meetup that invites to conversations and networking. Good food from Portuguese local startups or small businesses kept the mood and the energy. But what about the content?

This event was full of big national and international players rocking the stage.

Most of the speakers talked about major trends, the importance of working on big markets, what is the current situation of the Portuguese startup ecosystem and the advantages of working in Portugal.

Investment was a recurrent topic and an important one, mostly in a country with an early stage and growing startup ecosystem. Even having a long way to run, which was very evident in the panel with Alexandre Barbosa (Faber Ventures), Martin Mignot (Index Ventures), Ciaran O’leary (Earlybird VC) and Hussein Kanji (Hoxton Ventures), investment is growing in Portugal and it didn’t go unnoticed.

SEE ALSO: Portugal in the eyes of international VCs

Sharing experiences and inspire the entrepreneurs to be is always a challenge GYC tackles. Very insightful talks came from Or Arbel, Co-founder and CEO at YO, Morten Primdahl, Co-Founder and CTO at Zendesk, Kathryn Minshew, Co-Founder and CEO at The Muse, Thom Cummings, Head of New Markets at Soundcloud and others. A closer look into the perspective and lessons from Portuguese entrepreneurs were also highlights of the event.

A special focus was given to education, with guests such as Jeremy Johnson, Founder and CEO at Andela and Matt O’Brimer, Co-Founder at General Assembly.

The day ended with Ray Chan, Co-Founder and CEO at 9GAG. “Following your passion is bullsh*t, follow your effort instead” he said.

Well, we are making some efforts to release some interesting articles and interviews with some of the speakers and participants. Make sure you don’t miss them!

To all the GYC team, thank you for this really interesting weekend of learning and sharing.