The winners of the first edition of the Battle of Universities, an initiative created by OutSystems in partnership with EDP and several Portuguese universities, are announced.

The battle was attended by 51 Portuguese students who met last November 3 in Lisbon.

“OutSystems, EDP and six Portuguese universities have worked together to create a completely new competition that promotes not only students’ digital skills but also soft skills that will be fundamental throughout life, such as strategic thinking, creativity and above all teamwork,” said João Abreu, Program Manager of R&D Outreach and Innovation at OutSystems, in a statement.

The 17 teams, each consisting of three students, attempted to achieve the title of “Supreme Technological Defenders of the Universe,” through various challenges related to information technology and the theme of the event – Space Adventure — which not only enhanced the technical capabilities of students, but also soft skills such as teamwork and strategic development.

Strategy was instrumental in resolving this “battle,” as the program had two rounds of challenges under countdown, in which it was virtually impossible to resolve them fully.

Students had to choose between arriving at perfect solutions, which woud take more time, or solving a greater number of challenges, albeit imperfectly.

Afonso Fernandes, Leonardo Santos and Daniel Zheng Dong, students of the 3rd year of the Computer Science course of the Faculty of Sciences of the University of Porto, received a trip to the GoTo Conference, one of the major tech events worldwide.

Each member of the team that received second place, David Almeida, Manuel Xarez and Silvério Pereira, from the 5th year of the Computer and Telematics Engineering course at the University of Aveiro, won an Amazon Gift Card worth 400 euros.

In third place were Daniel Henriques, André Neves and Maria Nogueira, students of the 5th year of the Integrated Master in Informatics Engineering of the Faculty of Sciences and Technology of the Universidade Nova de Lisboa, winners of Amazon Gift Cards worth 200 euros.

“It was with great happiness that we saw students from all over the country joining the initiative for a full day of fun with this ‘battle,'” said Abreu.

“We had more requests than we could really accept and we have already received some very positive and encouraging comments from the students, so we are very happy with the final result, ” he added. 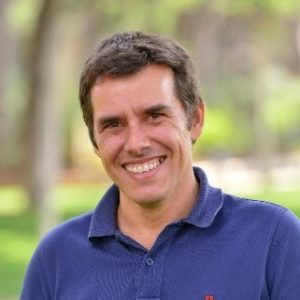 Nuno Antunes, OutSystems Vice President of Engineering, presented the initiative and was with some of the participants throughout the event.

João Martins, 2nd year student at the Universidade Nova de Lisboa, said that “the theme of the event was original, promoted by various elements, from the scenarios and content of the problems, up until the background music, which ran during the rounds.

“It is worth noting the atmosphere of camaraderie and sporting spirit promoted by the ability to unite students and teachers from different regions of the country. It was also very important to be able to be in contact with OutSystems professionals, who together with the factors already mentioned, leave the desire to return next year.”