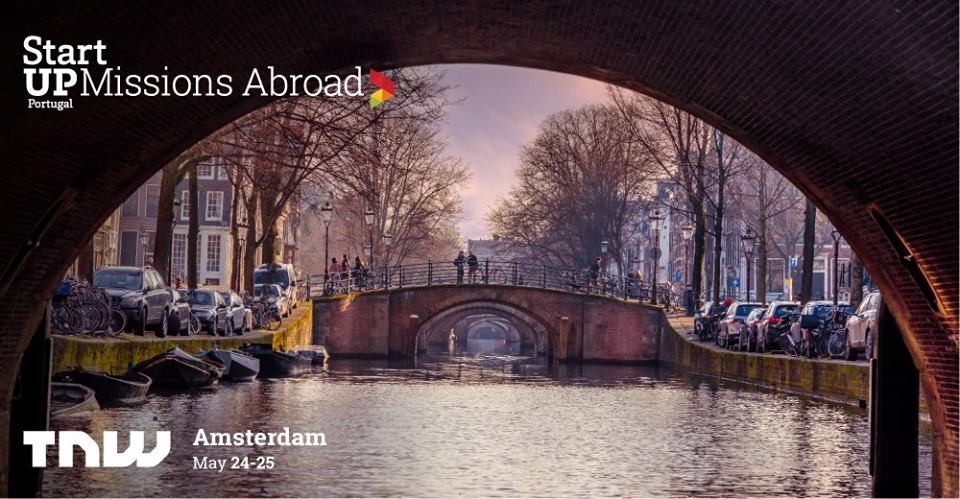 StartUp Portugal is taking six Portuguese startups to the TNW conference in Amsterdam as part of its greater agenda for missions abroad.

The TNW Conference starts tomorrow in Amsterdam, and StartUp Portugal is bringing six Portuguese startups to participate at the event in the Dutch capital, Dinheiro Vivo reported on Wednesday.

Don’t forget to check out Portugal Startups’ co-contributor piece on the Cascais tech scene on The Next Web here.

The internationalization mission will last three days and includes meetings with investors and visits to incubators and companies based in the Dutch capital.

Part of the mission will involve visiting B Building Business, considered as one of the most requested incubation spaces in Amsterdam, and to myCujoo, a company founded by Portuguese entrepreneurs.

Taking startups to Amsterdam is just one step on StartUp Portugal’s missions abroad.

A few weeks ago, StartUp Portugal undertook a mission to Toronto, Canada, taking advantage of the fact that the Portuguese government was gauging the potential of the Canadian market after the signing of the Comprehensive Economic and Trade Agreement (CETA) between the European Commission and Canada.

As part of these missions abroad, in addition to organizing various visits and meetings – including with investors – StartUp Portugal explained that it also supports companies in terms of logistics – helping them find accommodation, and sharing part of the cost.

In 2016 the Ministry of Economy launched a National Strategy for Entrepreneurship, called StartUp Portugal, whose vision is to widen the country and all sectors of activity of the entrepreneurial dynamic underlying the realization that Portugal has today one of the most vibrant ecosystems of entrepreneurship, resulting from the investments made over the last decade in qualifying human resources, infrastructure and technology, which provide enormous opportunities for those who intend to launch or invest in new businesses.

The objectives pursued by StartUp Portugal include: