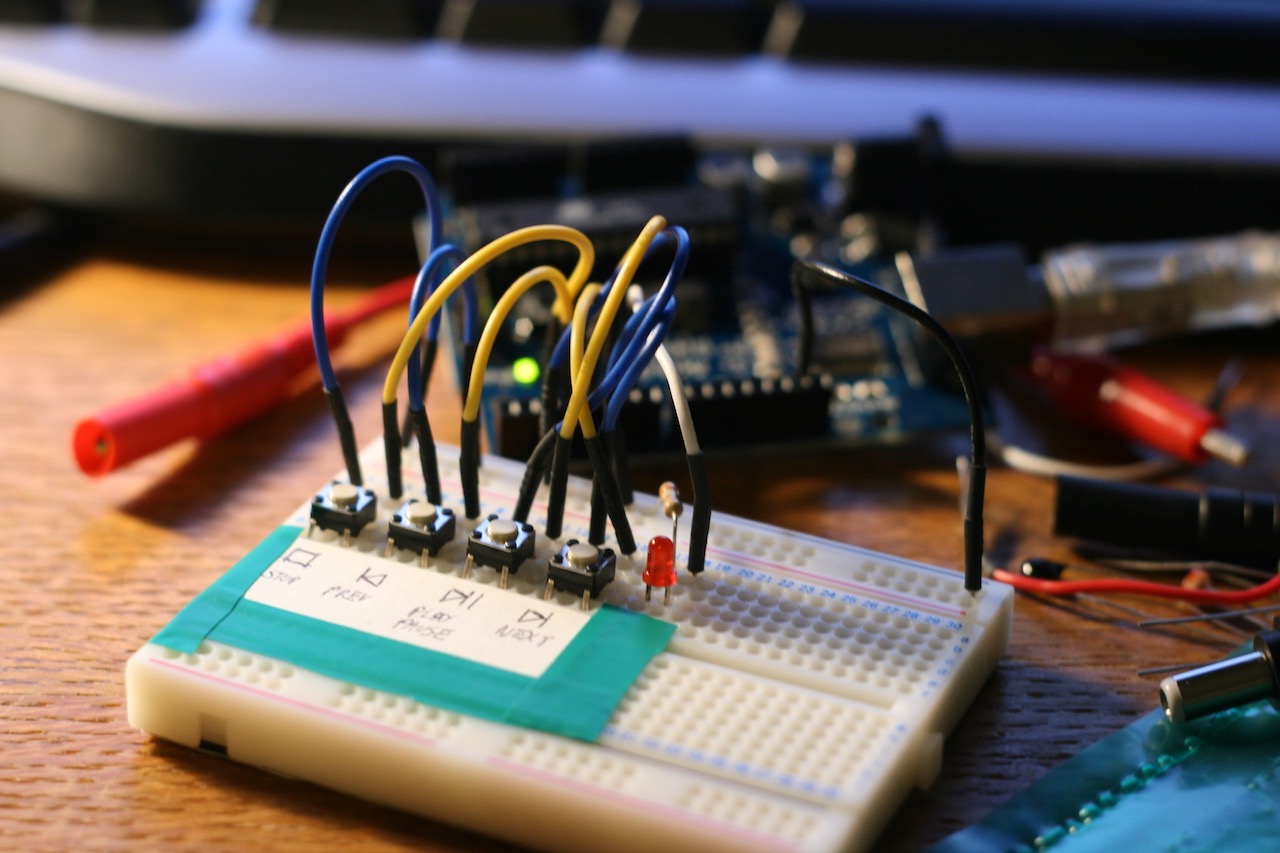 When I was asked by PortugalStartups.com to give my perspective on the local hardware startups scene I was a little bit shaken by the fact that labelling startups as hardware of software is a non-sense. Startups are startups!

The so-called hardware startup scene in Portugal is quite recent, but some pioneering projects can be traced back to the seventies.

When INESC, Instituto Nacional de Engenharia de Sistemas e Computadores (Institute for Systems Engineering and Computers) was created to boost the country’s capabilities in the computer science and technology and gave birth to several hardware spin-offs like Octal (acquired by Novabase) and many world-class projects like Tekever, and several IT consultancies.

One has to keep in mind, that the development of national grown hardware solutions almost came to an halt when Portugal joined the EU in 1986, the rationale for the development of homegrown hardware started to make less sense as international suppliers started to get a footprint into the national market. At that point Portugal had several electronic assemblers like Timex, and others that made licensed versions of popular home computer models like ZX Spectrum both for the national as well to export markets but by the mid nineties most of those companies were gone, with some exceptions in the defence sector, like EID (ex-Empordef).

In the mid 2000s there was a renaissance of VC-backed hardware startups kick-started by companies like Ndrive, BioSurfit and Kinematix that showed that there was some after-life in this sector.

But, it’s almost always a good idea to do some kind of pre-acceleration on some kind of accelerator, even a non-hardware focused one, as most of the fundamentals are still the same: have an idea, develop a lean way to achieve product market fit of test-measure-learn cycle, and if you can do it with a software-only solution, even better. You shouldn’t rush into hardware development before understanding really well the nature of the problem you want to solve.

Hardware is almost never the solution, hardware is just one of the many tools to make your startup more competitive, if having hardware component is dragging you down, then kill it.

Inspired by a visit to the build.it hardware startup accelerator in Estonia in the Summer 2014, we set up Productized in early 2015, as the one-stop-shop to make product ideas come to life by providing facilitators, mentors, experts, lab facilities and a network within the manufacturing industry. Since then we have organized 3 pre-acceleration bootcamps and 2 major conferences, along with dozens of smaller events and meetups trying to connect entrepreneurs, startups and established companies. The results? Dozens of projects invalidated, tons of lessons-learned, and at least 3 projects that are still alive and kicking. Not counting the inspiration and networking effect from our own meetups and conferences.

Productized doesn’t want to be yet another VC fund disguised as an accelerator, we want to provide value to corporate companies by accelerating the creation of startups with working prototypes that address the challenges of real-world problems and that can be seed-funded by these very same companies. There are plenty of B2C hardware startup accelerators in Europe, US and China. But, we believe lots of companies are underserved on the B2B marketplace. Startups can really make a difference thereby disrupting decades of old established supply-chains, that are full of inefficiencies and don’t care to innovate.

An anecdote to this point is that when Tesla tried to buy a 17 inch touch screen for the model S, it couldn’t’ find anyone in the auto-industry able to deliver one. It had to resort to non-traditional suppliers in the PC parts industry, and pretty much order one model under specification. While the computing box was commissioned to nvidia, the software was built in-house on top of a Linux distro. 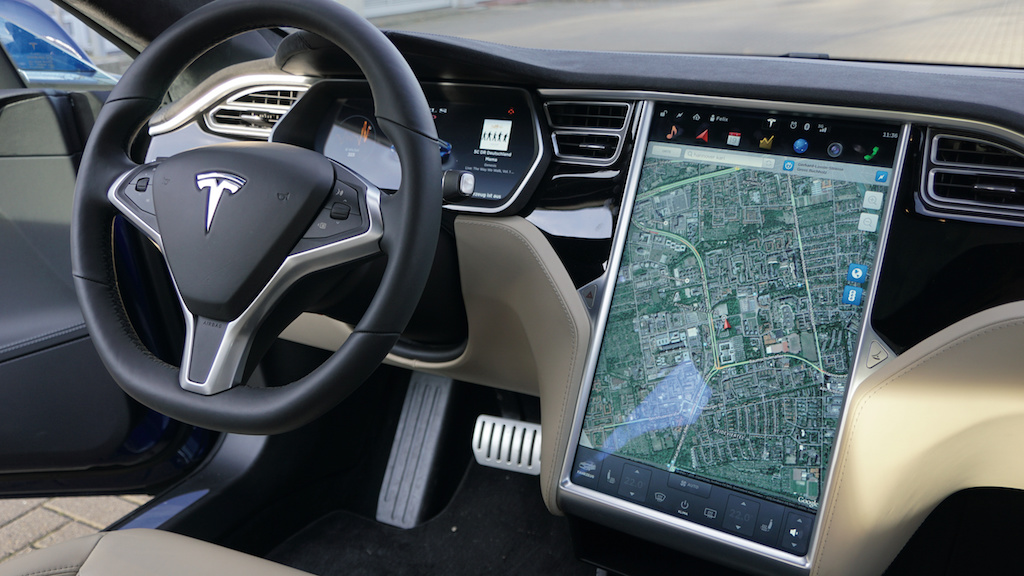 So, what have we learnt so far:

There’s no such thing as hardware startup

The moment you are a labelled a hardware startup your life becomes harder. I recommend you to try to get out of that label as much as you can because it doesn’t tell anything about what your startup does. A startup primal aspiration is to drive marginal costs close to zero while achieving exponential growth. As a hardware startup you will never have the economics to do that. Good hardware startups are anything but hardware, they are lifestyle (Fitbit, Nike, Tesla, Nest), or they have a compelling B2B model – as a hardware startup, your business model must rely on points other than selling hardware enablers to your service. The value prop should rely on the added value service.

Portugal is surprisingly a good place to develop hardware

Surprisingly, too many people, including myself, believe Portugal has a great potential for industrial developments. Being in Portugal is hardly a limiting factor for a hardware project, provided you understand that it is a good place to start but that you should search specialized knowledge wherever you can find it (hardware club and our partners hwtrek in Taiwan are good places to start searching on the web).

There are several types of hardware startups, and size does matter. Most hardware startups develop relatively small electronic devices that fall into the gadget category, but what if you develop a new transportation system – e.g. electric cars, drones, defence tech, energy systems – then the size of your product will be relatively big by comparison, and electronics challenges give place to a number of other challenges like mechanics, chemistry or high-energy systems. That’s where the excitation about these project resides. Entrepreneurs in the hardware space have a different mindset (or they should have) in order to be successful. They must be compelled to solve the basic challenges and come up with ingenious ways to solve new problems. That’s what separates Tesla and SpaceX from the rest of the bunch, as developing cars or rockets requires huge facilities that are not easy to grasp if you are a first time entrepreneur. However, now that I’m one of the organizers behind the informal group “Lets bring Tesla Gigafactory to Portugal”, I realise that lots of city councils have dozens of great old warehouses that are available for very affordable prices to entrepreneurs that don’t mind getting out of the city centres.

Even hardware prototyping can be made really lean

When we organized our first bootcamp in 2015, we set up a small lab with a bare minimum of equipment that would allow for entrepreneurs to build some rough prototypes. Some 3D-printers, a bunch of arduinos and raspberry Pi, sensors and IoT communication devices and soldering stations – that was enough for most teams to prototype to great extent and develop innovative solutions, that customers and investors could actually touch and interact with.

Developing hardware is costly. As Jeff Katz, a mentor from hardware.co in Berlin puts it “imagine that you to had to pay 100K€ each time you compiled your code” so hardware should be thoroughly tested before manufacturing because by the time you find a bug on your casting mould is probably too late, and you just lost tens of thousands of euros. Luckily, there are companies, like Lisbon-based VL Engineering, that can computer simulate your plastic or metal casing before it goes into production, saving you lots of headaches.

Selling and Telling a Story

Web startups sell productized services, startups that also do hardware sell products that work to enhance the experience of their productized services. However, most Portuguese companies still suck at selling the story. Sucking at selling your product story is really bad when you have hardware to sell to the consumer market. Hardware becomes part of people’s lives, and they need to relate to that piece of plastic filled with electronics, because if you are in B2C it’s all about sales and access to the distribution channel.

What’s the difference between Apple, Huawei and SpaceX? They are all hardware making companies, but each one has a different business model. Apple is B2C, Huawei still makes most of its money selling kits to telecom operators (B2B) and SpaceX is a B2G – business to government – in practical terms a contractor after government money, NASA being one of its biggest historical clients. There’s a huge difference of focus, depending on each business model. B2C requires great product storytelling, marketing and customer first. B2B is all about business efficiencies and technical sales. For B2G you need to have amazing connections to get in deeply entrenched markets like defence, public health and education.

In my next article of these series of 2, I’ll be talking about Portugal’s main hardware startup accelerator projects, and some of the hacker and maker spaces that are mostly found in Lisbon, and also, the great design thinking schools and product accelerators recently born in Porto. I’ll also cover some of the VC activity in this space, the very few success cases and where you should look to kick-start your project. It’s a big world out there! 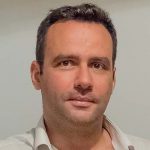 André Marquet is the organizer of Productized Conference, a leading conference on product innovation that gathers 500 product managers, founders and all kinds of innovators from all over the world for 3 amazing days of training and though-leadership. He has co-founded Beta-i, and has a degree in Telecommunications and a Master in Computer Engineering, started his career as Systems Engineer at Efacec, AICEP, Nokia, then moved into Product Management at Wit Software, Huawei, and had an founder/ executive role at Beta-i. He is an invited lecturer on product discovery and entrepreneurship at leading training events and universities (FBA-Lisbon) and a regular contributor to several blogs and magazines. LinkedIn