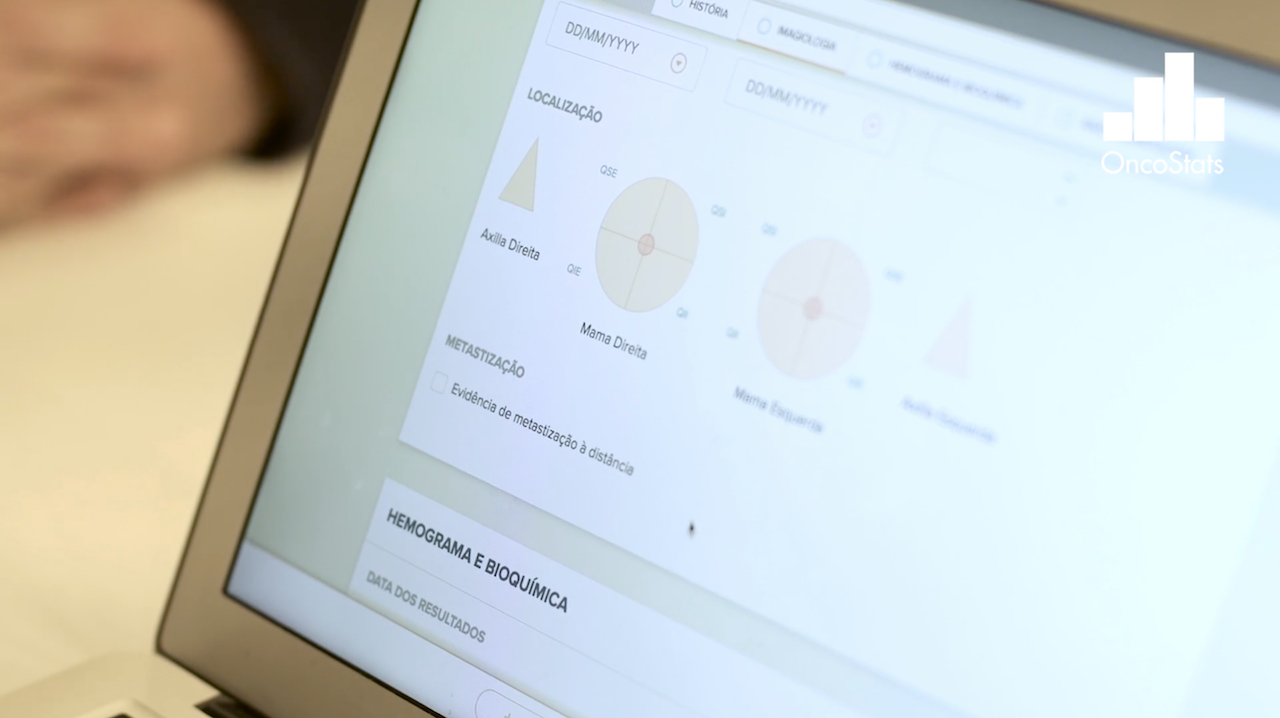 OncoStats, the startup that wants to change the way oncology care is delivered to patients throughout the world, recently launched a campaign to sell company equity on Seedrs with a funding objective of €250.000.

OncoStats is a platform that allows doctors to better register and structure information about their patients making better diagnostic and treatment decisions. Patients are also involved in this process through a dedicated mobile app that allow them to share information with the clinical teams about treatment side effects.

The company is evaluated at 2.25 million euros and is placing 10% equity on the market. The campaign, that achieved more that 25% of its objective in the first day alone, will be active in the next 47 days.

According to Miguel Borges, CEO and one of its 3 co-founders,

this investment will fund the team that will lead the expansion of the platform to other types of cancer (since we started our approach with breast cancer) and its installation across several hospitals in Portugal.

Portugal is our launch platform to the world and this team will also lead the internationalization approach to Brazil and 3 European markets — the U.K., Germany and Switzerland.

Born in 2015 with 3 founders, two of which were doctors fresh out of medical school. It all started with the need expressed by an oncology service director, in a public hospital in Guimarães, who wanted its oncology service to apply for a government certification that would recognize the institution as a Reference Centre for treating breast cancer patients. Miguel Borges states, “the director of oncology subjectively knew that they were treating breast cancer patients better than other centres, but he didn’t have the data to back up this statement. Working with OncoStats delivered the evidence that allowed the hospital to become a Reference Centre”.

A year later they met Paulo Carvalho, an MBA and an executive in DST, one of the largest construction companies in Portugal, who had recently been emotionally struck by a devastating cancer episode in his family.

Even though it was a big decision, I didn’t look back. I knew I was going to be doing something that could have a real and profound impact in the lives of people.

Paulo wanted to do something to change how oncology patients are followed throughout the whole process and after learning about the project and its founders, he decided to leave its high-level position in DST and join the OncoStats team.

He now leads the business development of OncoStats and is the force behind the expansion and internationalization of this Portuguese startup.

OncoStats leverages the information that it collects to produce the so called real-world evidence (RWE), which the company believes will be able to influence the way oncology care is decided and delivered. Miguel Borges says “clinical information is extremely valuable and even more when it is structured and validated by a human mind. While many medtech startups are focused on using Big Data, analysing tens of thousands of patient records using computer algorithms, we went back to the drawing board and to the way information in registered in the first place. This allowed us to produce a greater value from a much smaller set of clinical data and extract powerful insights on how we should treat these patients.”