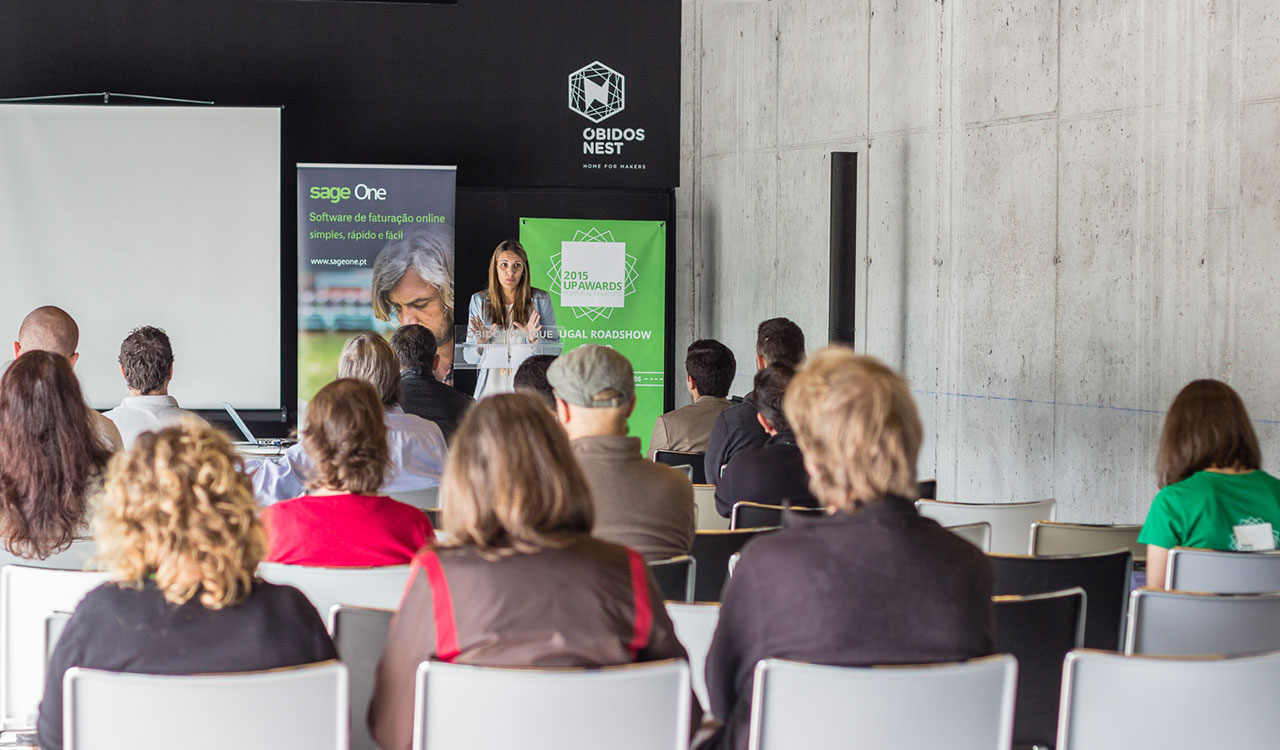 How did a small Portuguese village arrive to be an interesting spot for entrepreneurs in Portugal?

A decade ago, Óbidos started organizing mass events like a Medieval Fair or Food Festivals, to take people to the village and get media attention. It got known not only as an amazingly beautiful place, but also as a small village able to do big things. The municipality had then a strategy to grow the village and fixate people: bet on creativity and innovation.

The methods to achieve the goals were at first creating infrastructures. The municipality rehabilitated a convent where 10 startups were installed. It also rehabilitated other buildings to create structures like Espaço O, a place to test ideas, or Colab, a coworking space.

Alongside the creation of structures, other tools were developed. One example is ABC (Basic Support to Creativity, in English), where professionals voluntarily provided support to companies.

Besides business, the village also worked to boost culture, education and tourism. In schools, the program My Machine was implemented with ESAD and Leiria Polytechnic Institute, to promote creativity among kids. Children started developing machines to solve their daily problems, using mechanics and robotics. There is also a project to teach children how to code.

Another bet is on the unemployed people. Together with AlphaPPL, Obidos is requalifying them for professions of the future and helping them find jobs.

When the European funds were established, Óbidos structured a project to establish the technological park we visited.

70% is occupied, having 30 companies physically there and 30 more on virtual incubation. The small companies are growing and exporting. There are also international companies starting to create offices there.

We heard from some of the really interesting startups in Óbidos:

Oh no, another cultural agenda! No, wait, is not that simple…

VIRAL is an online community populated by professionals and art and culture lovers in Portugal. It combines a wide, updated and easy cultural agenda with an editorial section filled with bizarre ideas.

Since it started, the agenda curated 200 thousand events and had 5 million views. It represented Portugal in the Ibero-American Culture Congress, where it won 2 prizes.

The project was selected to integrate SOUL-FI, where it will receive support to develop the application using European open data. The mobile app will be available in the end of the year and the international agenda will soon be launched.

This company develops software and devices focused on agriculture.

Agrozapp, for instance, is an app with more than 2000 active users that allows the search for conditions that will improve the crops. Another example is Ultracarpo, to track the fruit lifecycle, from the tree to the supermarket, in order to have the tastiest fruit when you buy it.

Hope Care is in the TeleCare sector, combining services, technological platforms and products, offering a social and healthcare service.

With 140 integrated manufacturers, they connect information from several determination devices, like Jawbone. It allows the patients to monitor themselves and the doctor can monitor until 1000 patients.

The company is implementing the service in 32 countries with a big insurance company. In Portugal, the project was implemented in a Hospital in Coimbra, within a group of Chronic Obstructive Pulmonary Disease patients. The recurrence of admissions reduced 50%. The patients used to go 3 times a year on average to the emergency room with admissions for 3 days and a cost of 10.000 euros. The impact of the pilot was so big the government launched a public tender to implement on a bigger scale.

Since last week, the software is a medical device.

Brisa’s license plate recognition system was developed by them. They also developed for Portucel Soporcel a system for validation of the origin and cargo validity. Through this system, the company reached a null incidence of fraud.

A company that developed an open-source web infrastructure with servers installed in Lisbon.

This infrastructure allows the client to transform his virtual server into a cloud infrastructure without having to change servers and without down-time.

And the pitch winner is, drum roll please… Hope care!

The photos of this visit are already available here.