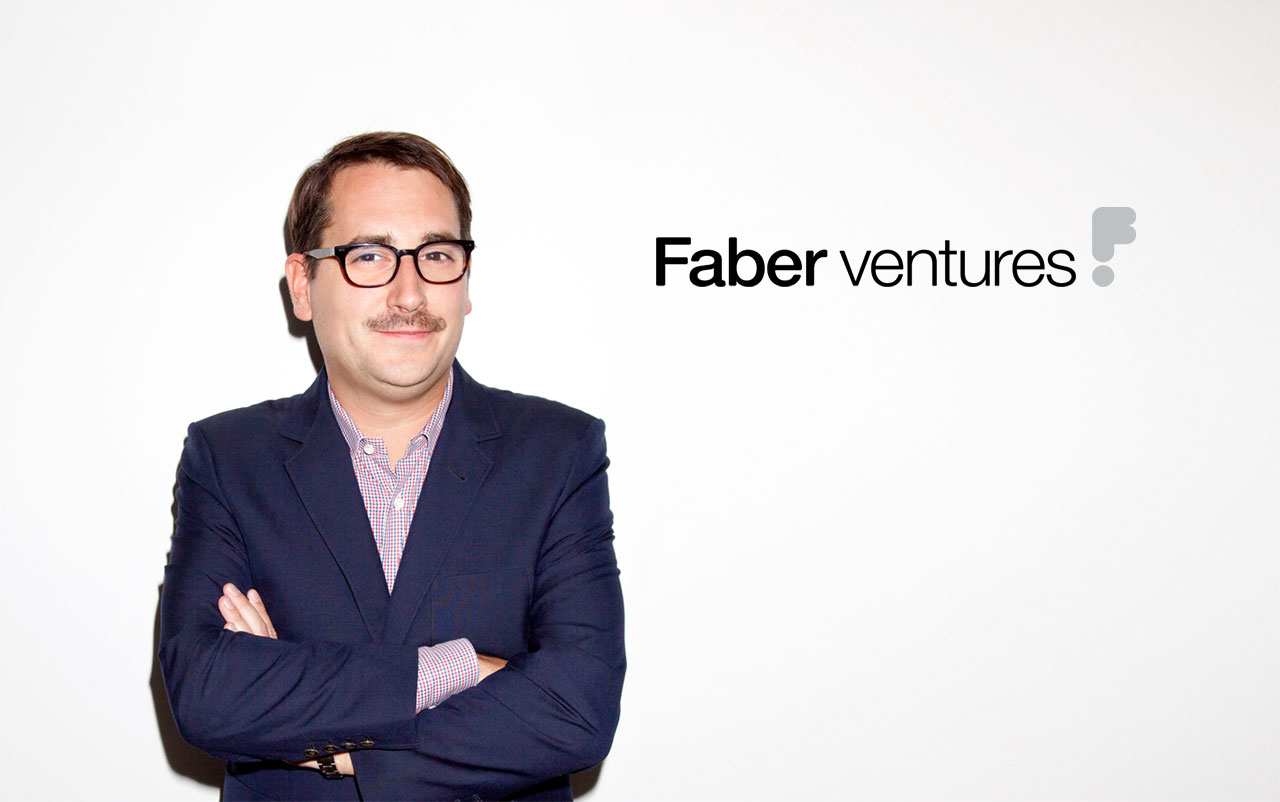 The Berlin VC that moved to Lisbon – Talking with Felix Petersen

Founded in 2012, Faber Ventures is a Portuguese VC firm that has invested in startups such as Seedrs, Codacy, Chic by Choice or Unbabel.

Felix Petersen, a German entrepreneur and angel investor, joined Faber Ventures as a partner. I had the opportunity to meet him during the Lisbon Investment Summit and couldn’t miss a conversation to explore more about his new challenge in Portugal.

Felix joined the VC world recently and it all started naturally. He took a year off to focus a bit more on angel investing and quickly realized that he was enjoying the work he was doing: mentoring startups and giving deep product feedback.

I’m not a finance guy, but someone who likes to work with different companies. I realized at some point that I’ve been doing this long enough for my feedback to actually be valuable to people. I could help entrepreneurs cut a couple of corners by avoiding certain mistakes.

Portugal, Berlin and the Startup Ecosystems

We might think that this is his first encounter with Portugal, but Felix has visited the country for the last 20 years. Coming to Portugal was not just a professional decision, it was a personal one as well. His mother has a house in Portugal, his daughter went to the Portuguese European School in Berlin and his wife is an avid surfer. A lot of things just fall into place.

Last year I was taking a year off and came here for 2 months to learn Portuguese and I liked it so much that we discussed it in the family and said “why not Portugal?”. We came most of all for the place and it was a lifestyle decision. But it turns out that there are more great companies here than I expected.

When exploring how the Berlin VC sees our ecosystem, it was clear that he was very pleased with what he found in Portugal.

I think that Portugal, or Lisbon specifically, has been on very good hands.

Felix believes that Lisbon is a great place to build a company and he sees the similarities with Berlin. Really great companies like SoundCloud, GoEuro, or 6Wunderkinder were under the radar for quite some time and even though they didn’t have an easy time raising an A round and they were not international recognized superstars.

“For an early stage product oriented company, stability and ability to focus is a higher asset than the connections or capital.”

Felix considers that the stability, the focus and the calmness you can have in a place like Lisbon is the key to build an amazing company. It was also important in Berlin – For example in SoundCloud, the original team, the first 10 hires, stayed in the company for over 6 years.

To build a great Startup Ecosystem we need capital and talent, but there’s a sequence to it, says Felix. We shouldn’t make noise and do PR before having something substantial. And that’s true to everything in life.

Berlin’s strategy was not to state they have the greatest ecosystem in the world, but making people fall in love with the energy, the culture, the anarchic situation, the uniqueness of the city – the whole environment.

Lisbon has similarly great qualities, I don’t even need to talk about the weather, food, cost of living. I mean, we all know what’s great about Lisbon and when people come here they typically fall in love.

“If you have an experienced serial entrepreneur coming here and doing his next startup from Lisbon, why should a high profile investor from Silicon Valley or UK not invest? They will.”

Felix recommends the same strategy. We need to expose ourselves to people, any conference that happens helps spreading the word. We’ll also need to get 10 or 20 high profile people, serial entrepreneurs, top notch people in their fields coming to Lisbon. Then the money will follow.

We still have a lot of discussion in Portugal about how to get capital, but for him, there’s no point in getting capital if there are not enough great companies.

Of course, a great ecosystem is everything, Universities, the talent, the PR and the capital, but it really starts with the talent. 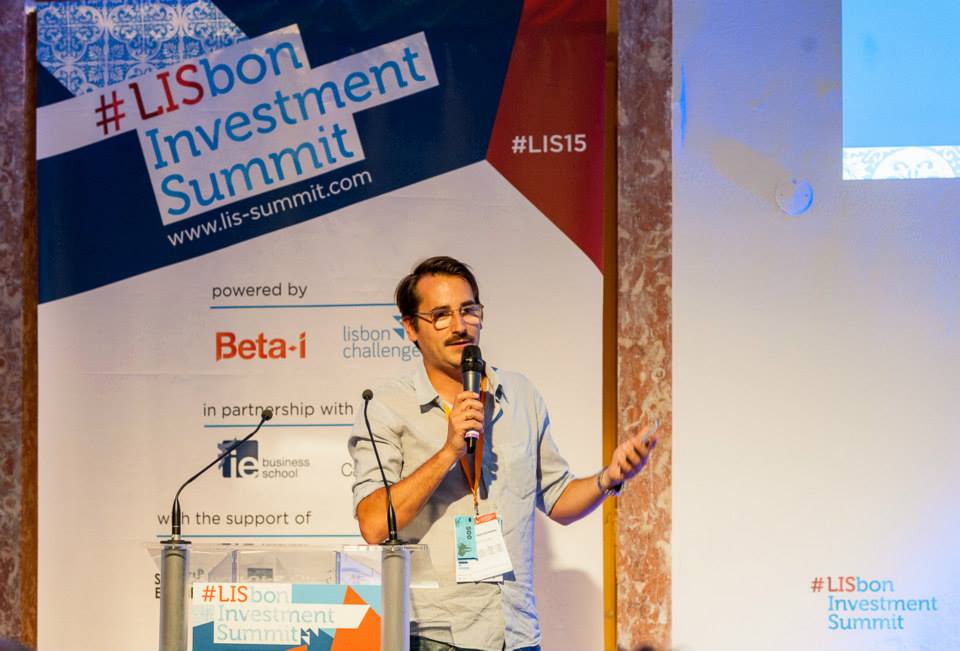 When Felix faced the Portuguese Startup ecosystem he was not expecting to find the quality he ended up experiencing. He already had a great opinion about the country, but got impressed with companies, founders and their global focus. When Alexandre Barbosa, managing partner from Faber, invited Felix to be part of the VC firm, he saw the opportunity as a great fit:

“What I like about Faber specifically is that they have a strong platform for product work, they have 10 developers and designers, something that usually only much bigger funds now do in the US, like Google Ventures. I like that they replicate this model for pre-seed, pre-series A or seed and I really enjoy product work and being hands on.”

It’s a really cool combination – Faber is an excellent company and I have strong ties and connections to the Berlin ecosystem and was one of the people that were really cheering for Berlin early on.

Felix built Amen in Berlin, in 2004, raising capital from the US and from all over Europe, which was very unique at the time. Berlin was not on the map yet. Now it’s almost like Felix is leaving a child as a grown up that has done well. He believes that the same can be done for Lisbon:

I have that same feeling about how we can build something similar here in Lisbon. One of my goals is clearly to develop and give to Lisbon and Portugal the exposure that it deserves.

When asked about the specific goals for Faber Ventures:

“Concretely for Faber, we are a Startup ourselves, a young company that has done 18 investments investing out of the balance sheet. I think it was a very cool coincidence, very good and lucky for both sides, that we just met.”

Faber Ventures is not only a Portuguese investor, it aims to invest all over Europe and adding Felix to the team will help expand geographically.

What about future trends?

“It’s not enough to have a great product anymore, you need to worry a lot about going to the market and it’s more than just growth hacks.”

To address the trends question, Felix used a pendulum to walk me through his vision. In the 90’s for internet companies it was all about marketing, and the tech side of it was outsourced to some agency. Then the pendulum swang completely, and it was all about product, like everything else would come automatically. Nowadays, Felix sees the pendulum going to the middle. The barriers of building a good product today are very low considering all the tools, SDK’s and frameworks available. Even being easy to build the product, it’s curious to see a lot of great products failing. Why? Felix states that a middle ground is needed on how your product becomes your messages and your touch point to your customers.

I think in the future we’ll look a lot to how resourceful entrepreneurs are about bringing the thing to the market.

According to Felix, the softwarization beyond the obvious things will be a major trend and it can be applied to any industry no matter how old school or offline. Just ask the following question: “If this was invented today, would you invent it in the same way?”

If you were to organize a bank today, would you do it the same way? Hell no, certainly not.

Consider how the world was when some things like banks were created and compare it with the world today, there must be a better way. We have internet everywhere, everyone owns a connected smartphone, the possibilities are endless.