The Global Entrepreneurship Week (GEW) is a movement to inspire people everywhere to unleash their ideas and take the next step in their entrepreneurial journey. It took place for the first time in 2008 in a joint initiative of Kauffman Foundation (EUA) and UK Enterprise.

This year it is happening this week and in Portugal this edition is mainly dedicated to tourism. And for the first time, the week is integrating a full day dedicated to women entrepreneurs – 19th November (today), the Women’s Entrepreneurship Day (WED).

This day is an opportunity to celebrate, engage and empower women entrepreneurs as part of the largest global celebration of entrepreneurship.

According to the International Labor Organization, there are 812 million women living in developing countries that could contribute more actively to their economies. The correlation between policies to support women, the opportunities available and women’s success in business is clear. In developing nations, empowering women to be entrepreneurs helps reduce poverty for the women, their families and their communities.

The WED focuses the attention in the female empowerment and development to help strengthen the ecosystem as a whole. The GEW USA will lead this global movement with the organization of the United Nations’ WED Summit in New York.

In Portugal, during today, a conference is taking place in the Chamber of Commerce and Industry in Lisbon, organized by initiatives that foster women: Entrepwomen, Girls Lean In and Women Win Win.

The goal is to bring into discussion the role of the women in the country’s social and economic progress. Several women entrepreneurs are present to share their stories. The Portuguese ambassador of the day is Sandra Correia, the perfect example of the power of the Portuguese entrepreneur women. Sandra is the Executive President of the cork company Pelcor and the woman that made cork fashionable and took the brand to the MOMA in New York and Madonna’s heart. She won the Trophy for Best Entrepreneur in Europe in 2011, awarded by the European Parliament and the European Council of Women Entrepreneurs.

The last Global Entrepreneurship Monitor (GEM) Report on the Portuguese situation, dating from 2012, refers that the 9,3% of the adult population are men entrepreneurs, while the number was 6,2% for women.

The Statistical Data on Women Entrepreneurs in Europe, by the European Commission in September 2014, reveals that in 2012, Portugal was in the top five countries with the highest entrepreneurship rate for women.

Given the increase we’ve been watching in the number of women creating businesses in Portugal and the fact that female entrepreneurship improves the social and economical situation in the countries, this must be good news for Portugal… 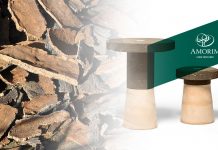 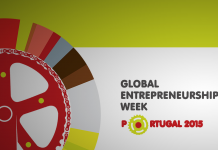 Global Entrepreneurship Week – What not to miss