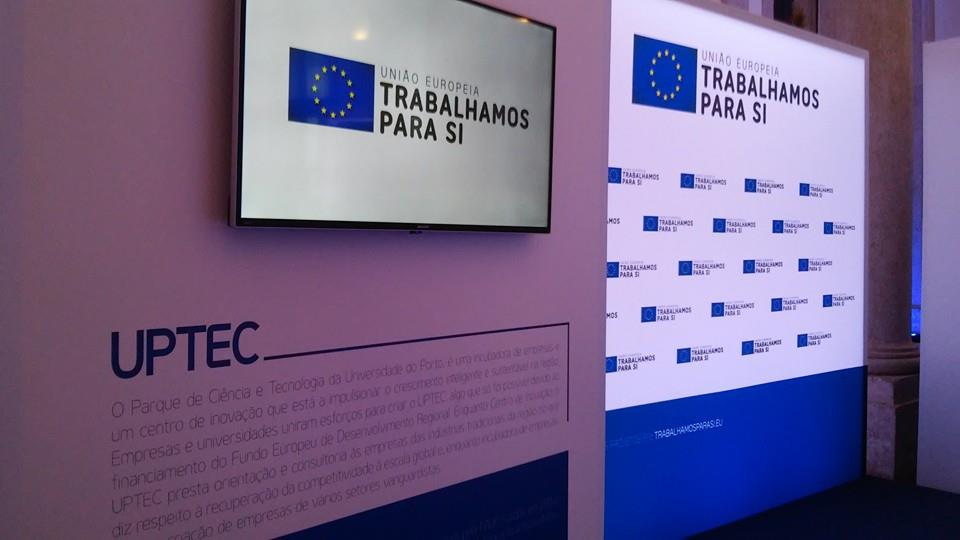 UPTEC – highlighted as an example by the European Comission

The European Commission has chosen UPTEC (Science and Technology Park of the University of Porto) as a successful example of the good use of EU funds to promote economic growth and job creation, by selecting it as one of the projects to represent the campaign “European Union: Working for you”.

UPTEC was co-financed by the European Regional Development Fund in €15.400.000. The RegioStars 2013 Winner supports 187 business projects, has contributed to the creation of more than 1200 qualified jobs, has been attracting foreign investment to the region and contributing to reshape the economy of northern Portugal for the 21st century.

“European Union: Working for you”, launched this week in Lisbon by Carlos Moedas, European Commissioner for Research, Innovation and Science, aims at explaining to EU citizens how the EU contributes concretely to foster economic growth and create jobs in each of the Member States, through policies and projects financed by the EU budget. The campaign will be launched in six pilot countries, including six TV spots and press releases to illustrate examples based on the reality of the country where the action of the EU is making a difference. There is also an online platform with a list of more than 80 projects and programs supported locally by the EU.

To be noted that the new EU framework assigns to Portugal 21 thousand million euros for the period between 2014 and 2020.