Portuguese startup and app store Aptoide wins a landmark antitrust court case against Google, “ordering the U.S. giant to stop removing its app from users’ mobile phones without their knowledge,” according to Reuters.

The news was confirmed by Jornal Economico, which reported that a Portuguese court ruled in favor of Aptoide forcing Google to remove malware alerts centered on Google’s protection system, Play Protect, in which it was identifying the Portuguese startup as a potentially malicious application and having forced the removal of Aptoide from Android smartphones.

If you have reason on your side, don’t fear to challenge Google.

Aptoide said in a statement to Reuters that the court decision is applicable in 82 countries, including the UK and India. 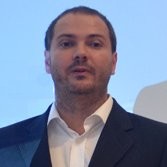 “This court’s decision is a signal for startups worldwide,” said Aptoide CEO Paulo Trezentos, adding, “if you have reason on your side, don’t fear to challenge Google.”

In July 2018, Aptoide filed a formal complaint with the European Union antitrust bodies against Google.

The suit in question was part of a set of complaints against Google’s unfair competition practices following the Android anti-virus program, Google Play Protect, which in June this year pushed through notifications to users to uninstall Aptoide from their devices claiming the possibility of downloading malicious applications.

Users who opted to keep Aptoide installed, despite the notice, found that it stopped working by preventing the installation of applications.

This action by Google ended up causing losses in Aptoide, estimating a loss of 2.2 million users in the last 60 days.

“For us, this is an important win to level the app stores market. We sincerely hope that this decision will help other startups to champion innovation and free competition, regardless of the size of competing players,” said Trezentos to Jornal Economico.

Aptoide is currently working with its legal team to prepare a primary action to require Google to pay compensation for all damages.

According to Reuters, Aptoide “made its first complaint to the EU Directorate-General for Competition in 2014, being one of the original complainants in the Android case, the company said.”

On October 16, Google responded to the antitrust lawsuit on its blog, stating, “In July, in our response to the European Commission’s competition decision against Android, we said that rapid innovation, wide choice and falling prices are classic hallmarks of robust competition, and that Android has enabled all of them.

“We believe that Android has created more choice, not less. That’s why last week we filed our appeal of the Commission’s decision at the General Court of the European Union.”

Aptoide is a community based platform that reinvents the App discovery experience through a social environment, tailored recommendations and the opportunity for users to create and share their own personal app stores.