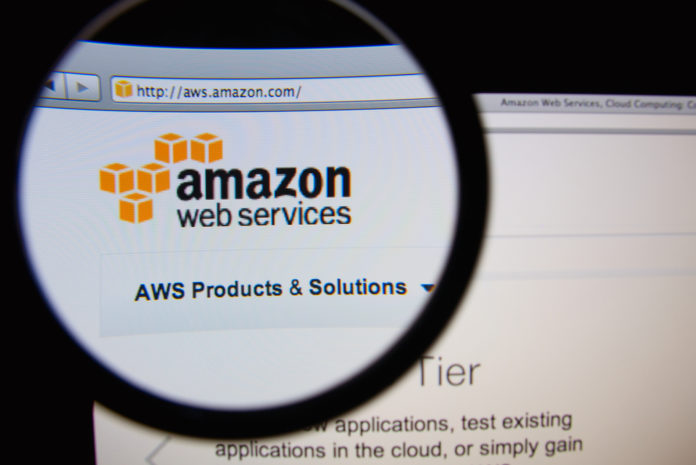 Amazon Web Services (AWS) today announces the opening of its first office in Lisbon, Portugal, to support its growing customer base in the country.

“Amazon Web Services’ interest in Portugal will strengthen Portugal’s position as a European hub for innovation.” – Portugal’s Minister of Economy

AWS has some of the most recognized and fast growing businesses in Portugal as clients, including EDP – Energias de Portugal, Feedzai, Globalvia, Grupo Impresa, Jumia, Lusiaves, Miniclip, Prodsmart, OutSystems, Unbabel, and Uniplaces as well as public organizations such as the City of Porto.

“We are excited to open our first AWS office in Portugal,” said Miguel Alava, AWS Director for Southern Europe in a statement.

“The decision to officially open an office in Lisbon comes after many years of supporting the country’s customers in their adoption of the cloud. We have come to denote a real interest on the part of companies in Portugal that want to start with AWS to innovate, reduce their IT costs and grow their organizations around the world.

“We look forward to pioneering the country alongside our customers, helping them accelerate their digital transformation and deliver new and innovative products and services,” he added.

AWS teams composed of account managers, partner managers, solution architects and many other professionals are already supporting Portuguese clients to perform the most diverse jobs in different areas, from the development and test environments to the Big Data analysis, mobile, web and social media, business business applications, Internet of Things (IoT) and critical workloads.

The announcement of the opening of the AWS office was welcomed by the Portuguese Government.

“Portugal welcomes Amazon Web Services. I am particularly pleased that the company has opted to open its latest office in our country. This announcement reaffirms Portugal’s position in the digital avant-garde and as an attractive place to invest, confirming the importance of cloud computing in the digitization of Portugal,” said Portugal’s Minister of Economy, Manuel Caldeira Cabral.

“The Portuguese Government is committed to ensuring that all sectors of our society are prepared for the new digital economy powered by cloud computing. Amazon Web Services’ interest in Portugal, coupled with the potential that other advanced cloud-based technologies, such as artificial intelligence, machine learning and the Internet of Things, will strengthen Portugal’s position as a European hub for innovation.”

“We are excited to collaborate even more closely with AWS to further fuel a community of innovative and entrepreneurial startups in Lisbon and Portugal” – Ricardo Marvão, Beta-i

Portuguese entrepreneurship organizations, such as Beta-i, were very positive about opening the AWS office in Lisbon. Created in 2010, Beta-i’s mission is to support and promote innovation in Portugal.

Ricardo Marvão, co-founder of Beta-i commented, “We are delighted to know that AWS, a recognized name in the startup ecosystem, is establishing a presence in Lisbon. In the new world of today, quickly putting an idea in the market is crucial and entrepreneurs realize that Cloud AWS allows them to move from an idea to its launch in record time.

“We are excited to collaborate even more closely with AWS to further fuel a community of innovative and entrepreneurial startups in Lisbon and Portugal.”

Other customers welcoming AWS in Portugal include OutSystems, a technology company based in Lisbon that recently received a $360 million investment in a round of investments from KKR and Goldman Sachs.

“AWS has given us greater flexibility, faster time-to-market, and enabled us to grow worldwide.” – José Casinha, OutSystems

OutSystems offers AWS as a hosting environment for its customers in the cloud, enabling you to deploy and manage your applications faster.

“By using AWS we have doubled the growth of our cloud-based business in six months while serving customers in more than 50 countries. AWS has given us greater flexibility, faster time-to-market, and enabled us to grow worldwide,” said José Casinha, OutSystems Chief Information Security Officer. “We welcome AWS to Portugal.”

AWS also has an active, hundreds of members of the Portuguese community that organizes local meetings for developers with the aim of sharing best practices, knowledge and contacts among professionals.

The firm supports organizations of all sizes – from startups to public sector organizations to some of the oldest and most prestigious companies in the country – following their transition to Cloud AWS.

Some of the most successful startups in the world, such as Airbnb, Netflix and Tinder, as well as corporate organizations such as Expedia, Formula 1 and General Electric, or government organizations such as the European Space Agency, the Kingdom Ministry of Justice Or NASA, use AWS solutions to innovate, increase agility, and reduce IT costs.

For many years, AWS has been supporting the technology community and Portuguese startups, bringing programs such as AWS Activate and AWS Educate to the country.

AWS Activate provides startups with the resources they need to boot into AWS – including up to $ 100,000 in credits, training, support and contact with incubators, along with accelerators and venture capital companies such as Founders Founders Portugal, Porto Design Factory, Startup Portugal, Startup Sintra, Indico Capital Partners and Portugal Ventures.

An example of a startup in Portugal that took advantage of AWS Activate to grow is Unbabel.

It is a company that provides translation services on its platform based on artificial intelligence (AI), having started the program AWS Activate in 2013. Since then it has experienced rapid growth and now has a network of about 50,000 translators, with clients all around the world.

AWS has also been active in the education sector in Portugal, training students and the next generation of IT leaders with AWS Educate. AWS Educate supports college students and teachers to develop knowledge and capabilities in AWS cloud computing to accelerate cloud-related learning.

The AWS Partner Network (APN), based in Portugal, also welcomed the opening of an AWS office in the country. APN includes tens of thousands of independent software vendors (ISVs) and system integrators (ISs) around the world.

ISVs in Portugal that use AWS to provide their software to customers around the world include Anubis, Celfocus, Insurads, Prologica, Velocidi and WeDo Consulting.