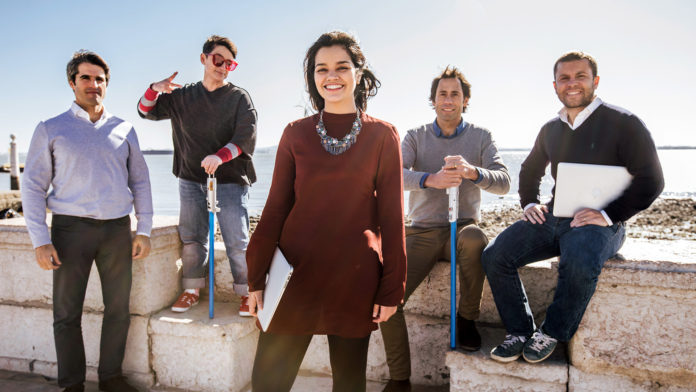 Anyone can now vote for Portuguese startup Code For All to be selected for the biggest share of $200,000 through the Chivas Venture.

The first $200,000 of the Chivas Venture fund is in the hands of the general public. There are 27 startups competing, but only one from Portugal, Code For All, aka Academia de Código.

The 27 social entrepreneurs will pitch for a share of $1 million in funding at the Chivas Venture Global Final in May. The first share of $200,000 is up to the public.

You may vote for any of the 27 social entrepreneurs and their startups here, and for Portugal’s Code For All here.

Through programming bootcamps, Code For All, represented by Diana Nunes, aims to train unemployed citizens with technical skills in order to secure placement in the job market more effectively, especially in young age groups.

“Our bootcamps have a 96% rate of employability and we’ve found that our younger students have improved their maths and logic abilities as a result of attending the junior lessons. We are also planning to run bootcamps in prisons and funding will allow us access to such institutions.”

This year, the Chivas Venture has raised the bar for international finalists, who will compete head-to-head with an international audience of technology experts, investors and entrepreneurs on the stage of the TNW Conference in Amsterdam.

Once in the Dutch capital, the 27 startups will be reduced to five finalists and will represent their countries at the International Chivas Venture Final on 24 May.

The finalists will only have five minutes to impress the panel of judges with their innovative ideas.

Last month the Portuguese startup acquired Codeplace’s online coding school, which is currently present in 140 countries with a portfolio of more than 70,000 students.

Codeplace Co-Founder Tiago Martins said that these last years of work had been “an incredible journey” and that the company “decided to sell to Academia de Código because they share the same vision of employability, and because they seemed to us the ideal company to scale Codeplace, allowing us to create new projects that have more and more impact.”

With the acquisition of Codeplace, the Code For All plans to scale its operation and enter the North American market.

Code For All was born in 2015. At that time, the unemployment rate in Portugal was high, especially youth unemployment.

Founders João Magalhães, Domingos Guimarães, and Rui Ferrão thought it was time to do something to combat this situation.

“We started thinking about a project where we could invite a person to have training in the programming area and then help them get into the job market,” Magalhães told Negócios in 2016.

Starting from today and ending April 25, Portugal will be able to support Code For All by voting for the Portuguese startup via the Chivas Venture portal.

“Code for All is teaching unemployed talent how to code, providing them with the skills they need to start a career in the technology sector. In our 14-week intensive bootcamps, we transform bright minds into passionate junior software developers, supporting them until they find a job they love,” added Nunes.