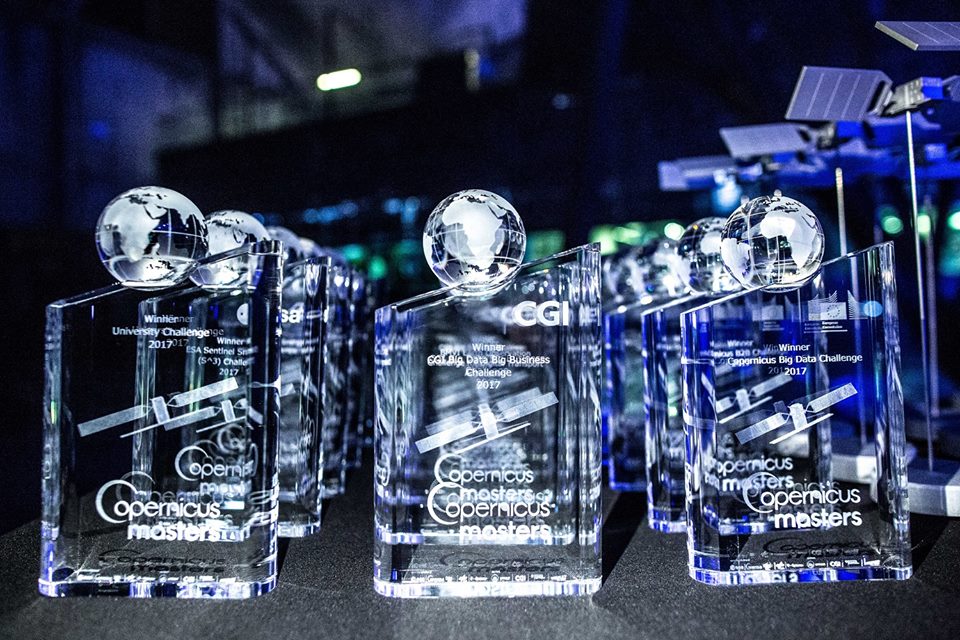 The European Space Agency is challenging Portuguese companies to compete in the Copernicus Masters program (aka the Oscars of Space) that awards prizes to innovative solutions, developments and ideas for business and society based on Earth observation data.

Dubbed the “Oscars of Space,” the Copernicus Masters program is an initiative set forth by the European Space Agency and the European Commission which aims to respond to major challenges in areas such as health, renewable energies, environmental protection, intelligent agriculture, disaster management, digital transport, and smart cities, among others.

In this year’s edition, one winner will be selected for each of the 16 proposed European challenges covering various themes. Each of the challenges corresponds to different prizes.

The 16 challenges may be found on the Copernicus Masters website if you scroll down a bit.

In addition to the monetary awards, the winners will have access to an international network of leading Earth observation organizations, considerable satellite data quotas, a crowdfunding platform and support for business development worth over €600,000 in total.

The Copernicus Master 2018 will be chosen by an international panel of experts and will be awarded on stage at the festive awards ceremony. In addition to the vast promotional activities, the overall winner will receive:

“Copernicus Masters has become a major driver of innovation when it comes to Earth observation. The solutions presented to the contest not only benefit citizens, but also bring multiple socio-economic advantages in various areas of the economy,” explained Josef Aschbacher, director of the Earth observation programs of the European Space Agency.

In Portugal the Oscars of Space is organized by The Pedro Nunes Institute (IPN) — the coordinator of the European Space Agency Incubation Center in Portugal (ESA BIC Portugal).

In 2017 a Portuguese company was one of the winners with a project to monitor air quality in cities.

Space Layer Technologies, based at the Pedro Nunes Institute and supported by ESA BIC Portugal, won the Copernicus Government Challenge in 2017 — a challenge that aims to show that Copernicus is a good tool for use in the public sector.

Each year, Copernicus generates 10 petabytes of Earth observation data that is totally free, in real time and on a global scale, for the development of applications aimed at various sectors.

The EU-led Copernicus program and its family of Sentinel satellites provide users with free and open, near-real-time data on a global level for use across a wide range of applications in many industries.

Since the end of 2014, IPN has hosted ESA BIC Portugal, one of the eighteen current ESA incubation centers at European level.

In February, the ESA Business Incubator in Portugal announced it was looking for startups working on projects or innovations for space technology and the non-space tech market.

With 16 supported startups, ESA BIC Portugal opened the door to startups with innovative product ideas and services designed for the space industry of the future, known as “Space 4.0.”

Space 4.0 represents the evolution of the space sector in a new era in which societies and individuals have a more active influence while data and services from the space sector are being disseminated on a larger scale.

The incubator is still looking for teams or startups up to five-years-old to use space technologies or systems to work on innovative solutions in a non-space environment (spin-offa), or exploitation of non-space technology in the space market (spin-inb).

Portugal has been part of the European Space Agency since 2000 and as of 2014 about 60 companies and nearly 20 Portuguese universities had already developed projects with the Agency.

An investment of €8 million was brought in by IPN, which now implements and manages the European Space Agency Business Incubation Center (ESA BIC Portugal) on a national scale.