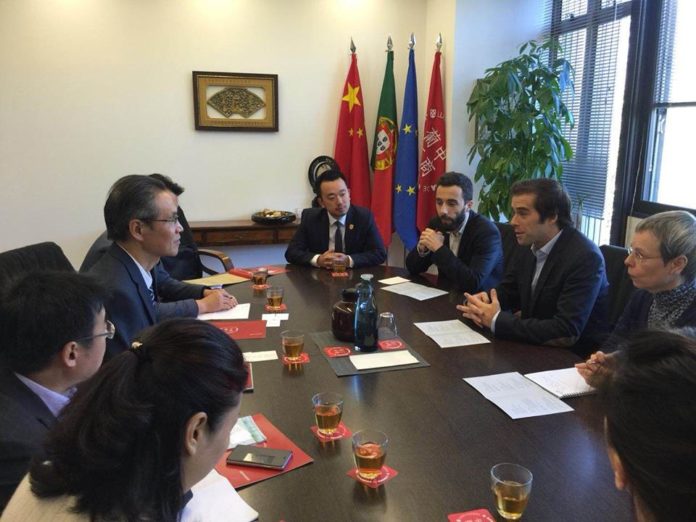 A protocol of cooperation between Braga and the Portuguese-Chinese Chamber of Commerce and Industry (CCILC) will be signed Tuesday at the Braga-China Economic Forum.

With the aim of promoting actions that stimulate the economic fabric of the city and affirming Braga as an attractive destination for investment and business reception, the agreement will take place on Tuesday at the conclusion of the Braga-China Economic Forum.

The Braga-China Economic Forum will be held at the GNRation building where the Ambassador of the People’s Republic of China in Portugal, Cai Run, along with Braga Mayor, Ricardo Rio, will be debating issues surrounding the internationalization of the municipality, support for companies intending to approach the Chinese market, and how to attract investments.

The initiative was organized by the Braga City Council and InvestBraga, in cooperation with the CCILC.

In March it was announced that the International Iberian Nanotechnology Laboratory (INL) in Braga would have a new technology center in China.

According to Macau Business, “The INL technology centre will start operating by the end of the year at the Science and Technology Park in Hong Kong, where the institution has signed a collaboration agreement with ASTRI – Centre for Applied Technological Research.”

And, the new center, “dedicated to the application of nanotechnology in the construction of sensors for smart cities, will allow the laboratory’s customers “better access to the Chinese market.”

According to a 2015 report in the Financial Times, “Portugal accounts for just 1.3 per cent of the EU economy yet has in recent years received more Chinese investment than any member state except the UK, Germany and France.”

China took the opportunity to invest heavily in Portugal after the financial crisis hit Europe in 2011.

According to Reuters, Portugal is the number one destination for Chinese investment.

Below is a breakdown of the Portuguese and Chinese communities in their respective foreign countries, according to the CCILC.

The Portuguese Community in China

The Chinese Community in Portugal