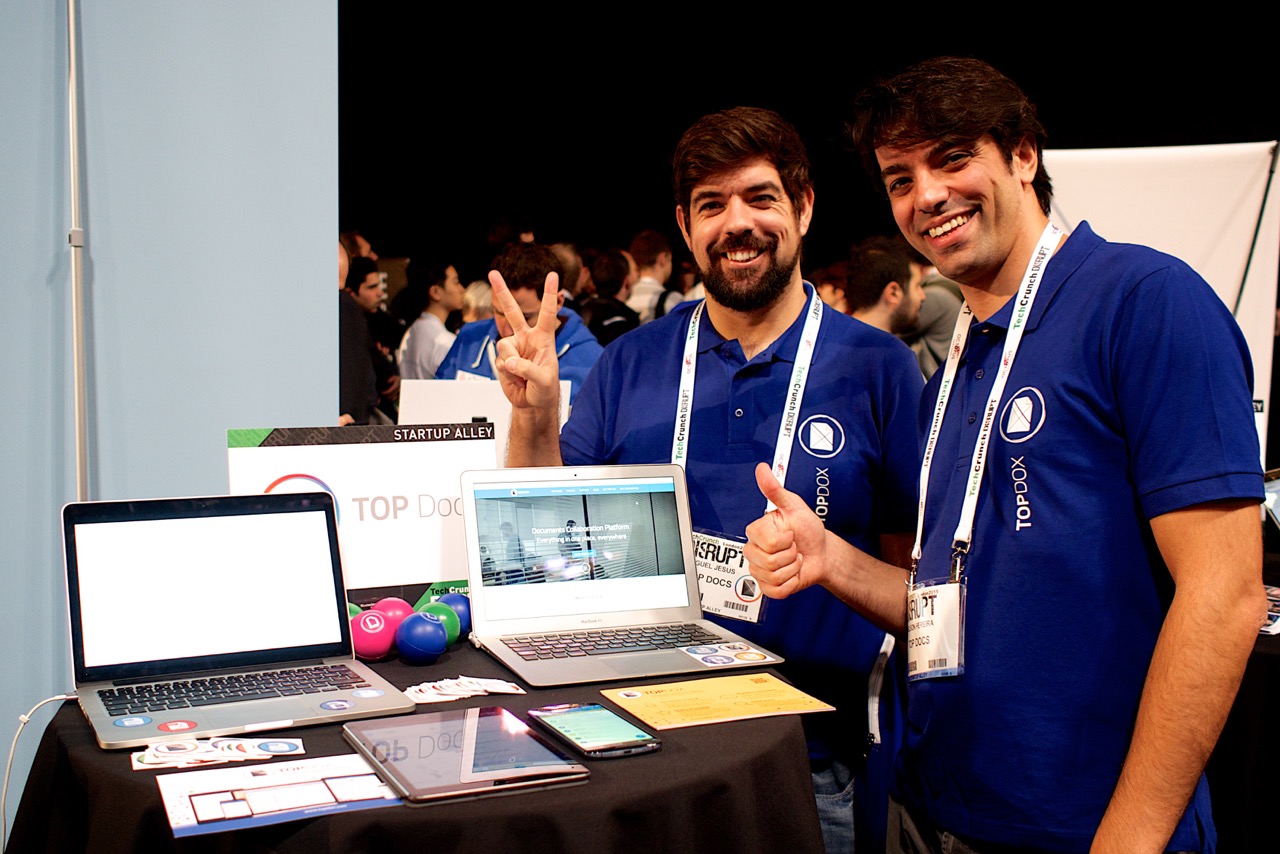 Porto-based TOPDOX is having a busy month. In the past couple weeks it changed name, announced a major update to its iOS app and launched the first version for Android devices. Somehow it was also the only Portuguese startup with a presence in the Startup Alley at TechCrunch Disrupt London.

For those that have been distracted, TOPDOX is a Documents Collaboration Platform. You can sync, manage, edit and share any document, anytime and anywhere. If you find hard to manage several cloud accounts at the same time or you are always on the run and need an easy way to read and edit documents, TOPDOX is probably the app you’ve been looking for.

Earlier this year, TOPDOX raised close to a million euros from Portugal Ventures and 2bpartner and has set ambitious plans for 2016.

We sat down with the founders, Nelson and Miguel to recap what happened in 2015 and what we can expect for 2016. It was clear that a lot has happened during this year.

For Nelson Pereira, co-founder and CEO at TOPDOX:

2015 was the year to put into practice everything we’ve learned in 2014, especially after our experience at Rockstart Accelerator and our roadshow in the US. We got funded: this allowed us to grow our team to 20 people, which, in return, let us launch our iOS App and more recently our Android App. It has been a busy year, full of ups and downs, but we are excited to have reached more than 155.000 users.

2015 was also the year to mature our brand and name. After attending TechCrunch Disrupt San Francisco, we realized that most people thought our solution was for doctors and we immediately saw this as a problem. The new name is the answer to that. It’s not a huge change, but it’s enough to make sure our product is perceived as a solution for anyone and not only for doctors.

Now it’s time grow the user base, keep on improving the product and as Miguel mentioned “make sure that we have a beautiful product”.

We have a long way to go. We are still in a very early phase of our roadmap. We have a complex product and a big ambition, so it will take us some time to get to where we want. For 2016, we want to keep on developing our iOS app, improve our Android app and in Q2 of 2016 launch our Windows 10 app. Lots to do, but I’m very confident that with the team we have, we’ll be able to make it.

Why don’t you give TOPDOX a try?