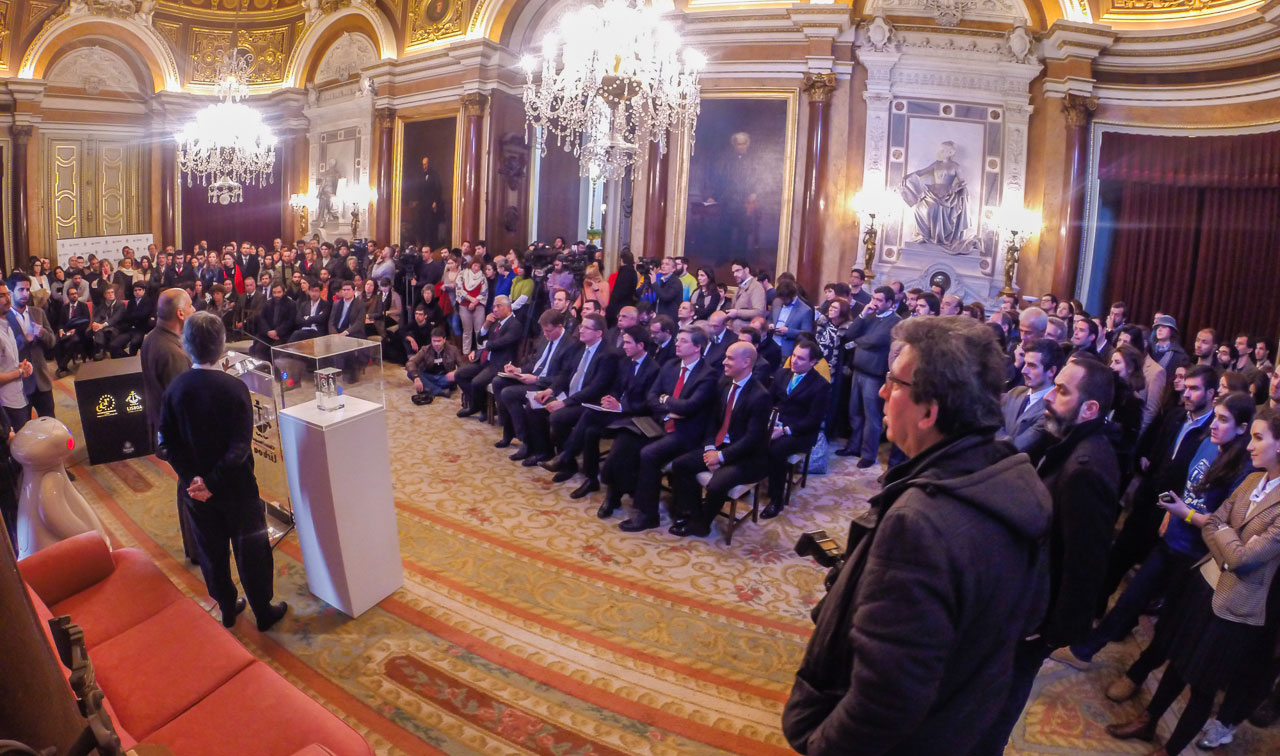 Yesterday, the Lisbon City Hall transformed itself into a massive incubator for the official launch of “Lisboa – European Capital of Entrepreneurship”. More than 70 startups, incubators, accelerators, coworking spaces, makers spaces and other local entrepreneurship players showcased their projects to the thousands of curious that stopped by.

This event follows the 2015 “European Entrepreneurial Region” award Lisbon received last June, in Brussels, an award presented by the Committee of the Regions that recognizes regions for the strategy they developed to foster entrepreneurship and for carrying out key European policies such as the Small Business Act and the Europe 2020 Strategy for growth and employment.

For what we could see at yesterday’s event, this is just the very beginning. Lisbon has an ambitious plan of events and initiatives prepared for 2015.