Featured PT in depth Talking with

Portugal Startups has been around for three months now and we are excited with the several amazing startups we had the pleasure to feature. You don´t have to follow every single article to notice that the scene here keeps growing.

2014 was a great year for the local entrepreneurial ecosystem. So far we have learned about Portugal in depth, discovered profiles of model startups and caught the latest news first hand.

But what or who is going to make waves in the coming year? Nothing better, to start the new year than a list of the Top 10 Portuguese Startups to watch in 2015. This is not a random round up of Portuguese startups. We’ve asked João Vasconcelos (Startup Lisboa), Felipe Ávila Costa (UPTEC), Tiago Gomes Sequeira (Startup Braga) and Inês Silva (Startup Pirates) which are their projections and here they are. 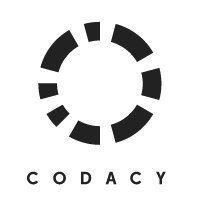 There is no one better to start with. Codacy is a very smart automated code review tool that allows developers to save time and improve code quality with analytics on every commit. Codacy was crowned as the Winner of Web Summit 2014 beta pitching competition sponsored by Coca-Cola, a few months ago and they are on track for a great 2015.

PharmAssistant brings up something that they call a “SmartBottle”. They’ve upgraded the traditional pill bottle with a built-in visual and audible alarm. One of the most innovative startups in the market addressing medication adherence and they are definitely a must watch in 2015. Currently, they are working closely with Bayer to test a new smart pill box in Germany.

A massive mobile WIFI network that could be a model for many cities all over the world. Veniam turned regular public buses and taxis in Porto into one big WIFI router. The company recently got $4.9 million in venture funding and set up its headquarters in Mountain View, California.

We better watch Veniam in 2015 and their plan to expand to new countries and cities!

Digital format literature will go big this year, so it´s about the time to introduce the original Augmented Reality Publisher. This is a publishing house specialized in the production of books with 3D content for smartphone and tablet viewing, through augmented reality technology. We love the combination of the charm of the traditional with the magic of technology.

SWORD Health envisions, designs and develops innovative products, targeted at the medical market of cognitive and medical rehabilitation. Its focus lies in developing new technologies that shift the paradigm of medical rehabilitation. Each product is developed by a multidisciplinary team that connects Hardware and Software Engineers with a specialized clinical team.

Can you also see 2015 as the year of  medtech startups´ explosion?

Peekmed aims at redefining services in Healthcare as well. It provides 3D orthopedic surgical planning tools. This technology helps the orthopedic surgeon to intuitively and freely manipulate the 3D model created through the imaging study of the patient. This year will certainly experience a big boom in medicine. 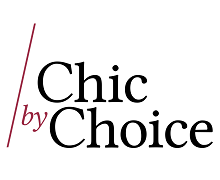 This one-of-a-kind hire destination allows women to access the most breathtaking designer dresses. It secured an undisclosed sum of funding from Portugal Ventures and Faber Ventures in June. Mike Butcher even calls Chic by Choice a “European Take on RentTheRunway”.

In the next few months, a beta site (launched at the Decoded Fashion London conference) that offers 100 dresses will grow its selection to 600 dresses. Seems like fashion startups will have it spotlight in 2015 too. 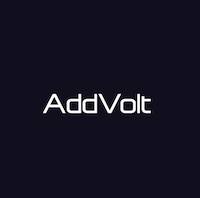 A Portuguese startup is running over costs and consumption in heavy vehicles, monster truck style. The previous 12 months meant many achievements for the team.

Not only they are participating in the Carnegie Mellon University inRes Program in Pittsburgh, USA (a very-early stage acceleration program), Addvolt also won the first place in both University of Porto business ideas contest (iUP25k) and UPTEC Startup Pitch Day and recently the second place in the Model2Market category in RedEmpreendia Spin2014 in Mexico. 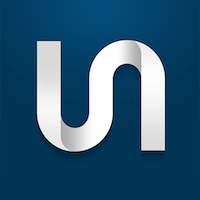 Based in Lisbon, Unbabel is a human corrected machine translation service that enables businesses to communicate globally. What they want to do? “To translate all the content on the internet.”. Sounds incredible ambitious, but after being the first Portuguese startup to join Y Combinator, we have no doubts they are going to achieve that.

TOP Docs is a real documents collaboration tool for mobile and web. Allowing users from different clouds to collaborate on MS Word Documents, Open Office and Google Docs. After spending 3 months in Amsterdam at the Rockstart Accelerator and one month in Silicon Valley, the TOP Docs team is back in Portugal. Their plans for 2015 look ambitious and we can’t wait to see what’s going to happen.

I’m sure that lots of great Portuguese startups are missing from this list, but at Portugal Startups we will keep writing about these 10 and many more that will make 2015 a very entrepreneurial year for Portugal.