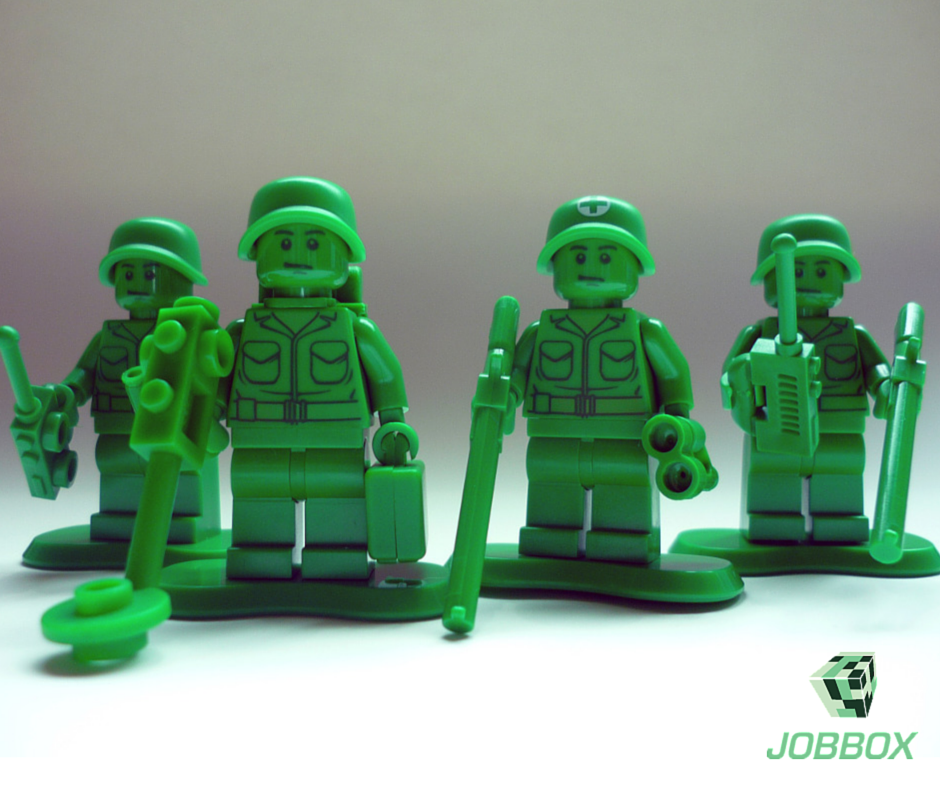 This is how simple the idea of JOBBOX.io is. Here, the referrals are powerful weapons to find a match between great tech professionals and amazing companies. JOBBOX.io is not a typical startup. And it is not a platform for job seekers, either.

After being considered Best New Startup on the  Startup Lisboa Takeoff event, we’re exploring – who is JOBBOX.io for?

If you become a user of JOBBOX.io, you find yourself a perfect spot  to be in constant touch with many interesting startup companies. Thanks to the referral of a friend, you can get a chance to work with Uniplaces, Booking.com or JOBBOX.io itself. You get a job and your friend is rewarded for the referral.

Have you ever considered using referrals when hiring someone or getting hired? Well, the founders of JOBBOX.io Pedro Carmo Oliviera and José Vicente Paiva haven´t thought either. At least, not in the beginning. This came along with the organic growth of JOBBOX.io.

The Growth of JOBBOX.io came naturally

Less than two years ago, Pedro and José had the goal to persuade software engineers, who had recently graduated, to join startups. Starting from scratch, they jumped right into executing their idea. It took no more than three hours to put  together a WordPress website with 20 job offers. With no permission from the companies, with no clue on the impact or reaction, this is how it was done. The word of JOBBOX’s lil´brother – Startupjobs.me – was only slightly spread on Social Media – but the reply it got was a boom of 200 applications. This is when it hit Pedro and José – Man, there’s something here!

The best outcome of Startupjobs.me was the big number of students wanting to work for startups and that was the real driving force. The next step was to find out what companies wanted.

Followed by roughly 100 interviews with the different founders and recruiters, Pedro and José would never ask about the referrals. Without even realizing it, when talking about the hiring process, the same word kept popping out.

The lesson learned when talking to the founders was that the referrals were the weapons. The best companies trust their network, but it´s not only about respecting their own employees. The social referral has as much of a value. On top of everything, referrals work as a natural filter; this way, you never get crappy applications. Never.

Talking about values, JOBBOX.io follows the rules of full transparency. The founders of JOBBOX.io value the hiring process as one of the three cores of a company alongside sales and investment. The ultimate truth is, many companies nowadays do not respect the hiring process or don’t know how to hire at all.

The reward for those who helped the company finding the “chosen one” is always up to the employers. Since this is a fair-play, the rewards are always displayed on the site. What the founders of JOBBOX.io are realizing now, is that people are not referring just for the money, but because they sincerely want to help their friends getting a better job.

Now, JOBBOX.io is getting more and more customers. Their very first customer was the well known Portuguese startup Talkdesk. The funny fact is that 20% of their team was now hired through JOBBOX.io. In the end, JOBBOX.io moved their office to Startup Lisboa and new customers kept on coming.

Our mission now is to nail tech recruiting. We have a lot of people moving around. For example, you have Portuguese startups with Brazilian or Swedish employees, or even Portuguese developers working for Booking.com in the Netherlands. What matters to us is that in the end people are happy.

With this in mind, JOBBOX.io plans to expand pretty soon. A city based expansion is on the short term to do list. Next year, JOBBOX.io wishes to rock in London, Amsterdam and Barcelona. In fact, they already have users from more than 100 countries. Apart from the geographical growth, the future looks super bright for JOBBOX.io. Product development, new features and new team members are just a few examples. Based in Lisbon, they have 6 people working full-time, 2 advisors and 5 people helping out on a moonlighting basis. And guess what? Most of them were hired through referrals!

I’m not a big fan of clichés and candy talks, but JOBBOX.io is kind of changing peoples´ lives.

With JOBBOX.io, the end of the road is not when you apply for a job. We keep on giving insightful advices and, if that’s the case, show more possibilities on the offers they could be interested in. At JOBBOX.io we have a very important motto: no matter what, we’ve got your back. So we really go that extra mile for those who are tired of crappy tech jobs. The success and good feedback we’re getting is what keeps us moving forward.

Maybe it’s this belief and trust in people that makes them interested in working for JOBBOX.io, even after they get hired by amazing companies. So, what are waiting for? Join JOBBOX.io and refer your friends for tech jobs they’ll love!