Porto is one of Europe’s fastest growing tech hubs in terms of active members, coming in at number three behind Sofia, Bulgaria (2), and St. Petersburg, Russia (1), according to a report by Atomico.

The report, The State of European Tech 2018, published by Atomico in partnership with Slush and Orrick, shows that total investment in European tech companies has reached $23 billion, up from $5 billion in 2013.

Read More: A peek into the Top 25 emerging scaleups in Portugal: report

This year, 17 European companies have achieved valuations of billions of dollars, and three of the 10 equity-backed stock exchanges come from Europe, including the successful Spotify sales.

In a memorable year marked by Outsystems’ mega round of financing, Portuguese technology companies are expected to raise $400 million, up from $15 million a year earlier. 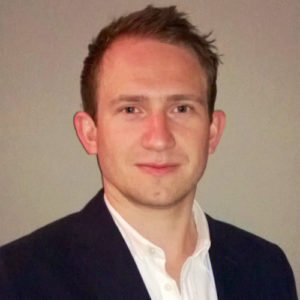 “The massive investment in Outsystems suggests that Portugal’s potential is coming to fruition. The Portuguese are mobilizing talents and creating a powerful ecosystem – sustained by Europe’s fastest growth rate in terms of professional programmers,” said Tom Wehmeier, Partner, Head of Research Director at Atomico, and author of the report.

At the same time, the Portuguese developer community is growing faster in Western Europe, an increase of 16.2% compared to the previous and compared to the European average of 4.2%.

The report also reveals that the Portuguese technological landscape is not confined to Lisbon; Meetup data shows that Porto is the third fastest growing hub in Europe in terms of active members.

All this activity is being reflected in the exponential growth of employment in the tech sector in Portugal, rising 6.4% last year, just behind France.

“The Portuguese are mobilizing talents and creating a powerful ecosystem”

The report highlights six main trends driving the performance of the technology sector in Portugal:

“Like other European countries, Portuguese technology continues to expand beyond the capital. The growth of the technological community of Porto is a strong sign of Portugal’s growing maturity,” added Wehmeier.