mytaxi launches a new pilot program in Lisbon called “hive” that gives commuters options to utilize its new fleet of e-scooters as a complement to its taxi services.

“For mytaxi, e-scooters are a perfect complement to our existing taxi business”

According to The Telegraph, mytaxi has created a new brand named hive and released a separate app, which will allow people in Lisbon to rent one of 600 dockless electric scooters.

“As of today, hundreds of electric scooters will be available in the city. The plan is to grow the fleet dynamically during the period of the pilot project,” a company statement reads.

“With hive, mytaxi aims to contribute to improving urban mobility in Lisbon. For this reason, over the last few months mytaxi has been working closely with the city of Lisbon to prepare a launch that will serve the needs and community of the city of Lisbon.”

With a focus on this new form of mobility, mytaxi also intends to look at a new way of connecting two businesses, with the aim of making it easier for users to choose between services, with the option of later integrating the e-scooter service into the application of mytaxi, according to Jornal Economico. 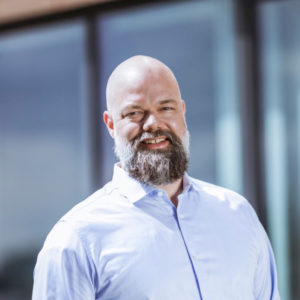 For mytaxi CEO Eckart Diepenhorst, the Portuguese capital was chosen to test the project because it was “the perfect place to start the E-scooter hive project.”

“For mytaxi, e-scooters are a perfect complement to our existing taxi business, since they can be used primarily for short rides of about one to two kilometers,” points out the mytaxi CEO, who considers electric scooters to have “a very economical and sustainable added value to the mobility mix.”

The fact that Lisbon was the chosen place to launch the pilot project was due to “very collaborative and constructive talks with the city.”

To use electric scooters, customers simply have to download it from the App Store or the Google Play Store, and use the app to find and unlock the “hive” e-scooters.

mytaxi launched its pilot project Hive on Tuesday in Lisbon — a new modality of mobility within the “E-Scooter” service, which consists of the provision of electric scooters in the city of Lisbon.