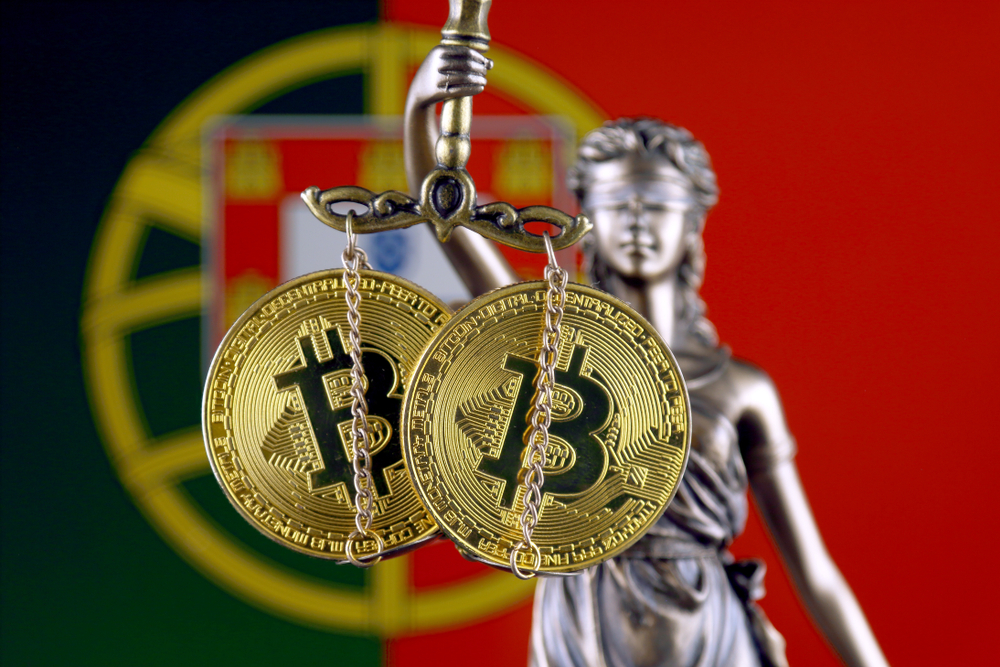 After reviewing 113 projects, Portugal’s €30,000 GovTech contest for solving the problems of humanity selects six finalists after voting on the blockchain.

“Of the 113 projects that responded to the challenge, six finalists were selected by a 45-member jury, but also by the public through a blockchain platform,” Portugal’s Secretary of State for Administrative Modernization, Graça Fonseca, told Jornal Economico.

This is the first government contest that used blockchain technology to choose the winners of a contest. Applications started in early May for all startups with projects fitting into the 17 sustainable development goals set by the United Nations for 2030.

Three startups winning the first edition of GovTech will be announced Today in Lisbon. The number of investors using the blockchain platform was higher than expected by the government and GovTech anticipates a second edition.

In addition to the €30,000, each winner will receive a collaboration protocol with the State to develop and test their product or service, a space in a national incubator, support for internationalization, and access to the Alpha package for Web Summit.

Each project registered earned “GovTechs,” which are virtual voting units that they could use to “invest” in the projects they like best.

The virtual voting units — the GovTechs — act like a cryptocurrency and are powered by blockchain technology.

Here are the six GovTech finalists:

Informat is a robotic system with semi-autonomous operation for the creation and management of fires and cleaning of forest land. This project will allow a greater use of human resources, improve the working conditions of forest operators, improve the efficiency and speed of cleaning work and reduce their cost. It acts in the prevention of the rural fires, protecting the terrestrial life.

The company OceanGlamour aims to produce and sell a unique, highly nutritious and healthy product, ready for consumption, called Salicornia. This product allows to combat excessive consumption and to avoid health complications, as is the case of stroke (main cause of death in Portugal), hypertension, and cardiovascular diseases.

Bio2Skin by BestHealth4U is an adhesive biomaterial, based on nanotechnologies for medical applications, avoiding skin dermatitis in prolonged use or after removal. It is ideal for general use and hopefully for long term applications such as the use of devices which are attached to the skin by the use of adhesives, such as ostomy appliances.
This does not require the use of glue.

Programming is considered the literacy of the future. MI-GO is a robotic kit designed to introduce users to programming in a fun, simple and intuitive, and especially inclusive, way for all ages and skill sets.

SPAWNFOAM uses forest waste to produce an effective, multifaceted and customizable plastic alternative material, but better because it is biodegradable and environmentally friendly throughout the production process.

In the application of this material in the production of pots for planting trees, we end up with the plastic in the process of transplantation, because the biodegradable vessel is buried with the plant.

SmartFarmer is a portal for the purchase and sale of horticultural products that, through georefensification, puts producers and consumers in direct contact. Eliminated the intermediary, revert to the producer (paid in 3 days) the margin of the distributor. The consumer has access to fresh, traceable and affordable products. The collective consumer has an automatic aggregation mechanism of small farmer offers in response to higher demand.

“We are going to repeat GovTech next year because it has a dimension of getting people to search for ideas and inspiring them to do something to change the world,” said Fonseca to Jornal Economico.

“People already want to do it, sometimes they do not know how it is. We have to know how to harness this potential we have for the creation of products or services made in Portugal that in any way contribute to the United Nations 2030 agenda,” she added.

The goals of sustainable development, set at a UN summit, aim to move towards the eradication of poverty and to economic, social and environmental development on a global scale.

The GovTech initiative is aimed at solving the UN’s 2030 Agenda for Sustainable Development, which outlines 17 goals.

“GovTech wants to respond to the 17 sustainable development goals defined by the UN, with which the Portuguese State has committed itself. We are looking for products or services that present solutions to the problems,” said Fonseca.

Fonseca acknowledged that many of the participants did not even know that the product or service they developed was in line with the objectives, but emphasizes that, nowadays, those who start a business want more than just to work to make money, but also to want to make an impact.

“The truth is that in three weeks, we received more than one hundred applications and we reached this stage of selection of the six finalists with a final number of 113 candidates. It was in a relatively short time to submit applications,” said Fonseca.

“It’s funny that some of them did not know they were contributing to one of the goals of the 2020 agenda and that’s a positive first step. There was the objective of taking this agenda of sustainable goals to more people in Portugal and it is a positive balance that I make, not only by the number of applications, but also by the number of people who registered on the platform to invest in the candidates,” she added.

The jury will choose, this Thursday, the three winners of the contest, from a group of six startups.