The company was founded by a Portuguese-American duo of entrepreneurs in 2014 and focusses on the supply chain of raw materials. It has offices in Palo Alto, London and the Cayman Islands. 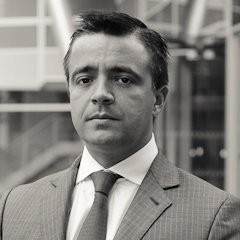 The Portuguese Co-Founder and Executive Chairman, Ricardo Santos Silva, stated after the successful investment round that he is “very impressed with the focus and enthusiasm of investors in this round, showing the appetite that exists for quality technology projects with global reach”.

Aba Schubert, the second Co-founder and CEO pointed to the recent success of the company “proving” their technology in the ‘Supply Chain Transparancy’ hackathon. Just a month ago, the startup reached first place in the competition sponsored by Volkswagen, Zalando, Adidas and N3xtcoder.

“Our investors recognize the commercial value in the way we act, solving a problem that exists rather than building a solution and then looking for a problem”,  Schubert added.

DORÆ is focussing on the entire supply chain of raw materials up to the final production step, and works with global raw material flows. According to the company, DORÆ was founded especially with an eye to process-oriented activities in supply chains where lack of trust is an issue, such as mining of precious materials.

The company has been recognized as a forerunner in the fight of child labor and improving labor conditions in the mining sector through their blockchain-enabled supply chain tracing technology. 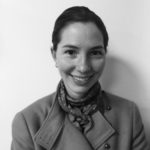 In the Huffington Post, Aba Schubert explains that the technology can trace the extractions of raw materials from mines in Africa up to its final product in a shape to be sold in international markets. This allows consumers to access the entire production history to safeguard that no child labor, forced labor or other human rights violations have taken place in the production of the gem.

DORÆ is currently running a pilot to deploy their technology to track cobalt, coltan and diamonds mined in the Democratic Republic of Congo (DRC), East African Media report.

The lucrative mineral deposits in the eastern DRC are generally seen as a catalyst to conflict with numerous militias and warlords vying to control resources, whilst the largely unregulated nature of the often small-scale mines has repeatedly been prone to forced labour, sexual violence and child labour.

Startups working on blockchain-enabled tracing in supply chains may be on the rise, as the sector is experience and increasing push for responsible mining. This includes industry giant and diamond trader De Beers Group, who just announced a Diamond Blockchain Initiative in January 2018.

The GovTech competition began in May and will run until October, awarding €30,000 to three startups or teams that create a prototype that will help to contribute to the 2030 Sustainable Development Goals (SDG’s) set by the United Nations.