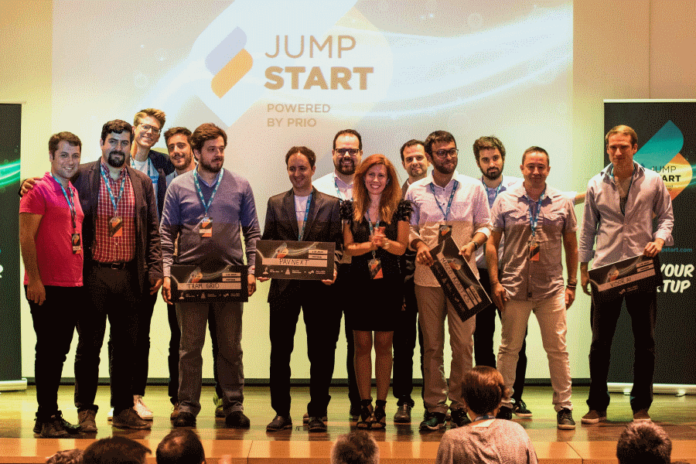 Two Portuguese startups and one from Spain are the top three winners of the Prio Jump Start accelerator, beating out 99 applicants from 20 different countries.

The winners were selected from a group of 10 finalists who were accompanied by Prio mentors from the bootcamp from June 14-15 until their final pitches on July 6, where they presented their projects and proposals, according to Boas Noticias.

Last May Prio, the biofuel production and exportation company, launched the second edition of the Jump Start accelerator in partnership with imatch, an innovation consulting company that specializes in marketing entrepreneurship, sales, and organizational culture.

Pavnext (Portugal) – Pavnext turns the road pavement into a technological infrastructure. It provides and implements a device to apply on the road pavement surface that allows it to reduce the speed of vehicles without affecting ride quality and without any driver action, by extracting the vehicle’s kinetic energy.

This energy is then converted into electrical energy to be used locally or to be injected into the grid.

Through its monitoring feature, Pavnext also optimizes the energy consumption of the application place in real time, based on traffic affluence.

Tram Grid (Portugal) – A Portuguese startup with a pioneer project in electric mobility. It has developed a fast loading charger for electric vehicles that uses the available current in the overhead catenary networks to power the charging of vehicles.

Macco Robotics (Spain) – A Spanish startup that develops advanced robotics solutions specialized in human interaction for the retail, catering, health, and leisure areas. They are based in Seville and have delegations in Madrid, Barcelona, ​​London, and Dubai.

The winners will now have access to a Prio pilot project with a minimum base value of €10,000 and support for implementation provided by PRIO and NOVA SBE specialists.

The top five will get the opportunity to pitch on Prio’s “acrobatics plane” with Commander Luís Estrela Garção while the “most audacious” will get an Alpha stand at Web Summit and €2,500 to promote their startup in association with Prio.

“Jump Start Prio is our open way of looking at innovation, seeking to bring innovative solutions from natural innovation agents, startups, into the organization,” said Cristina Borges Correia, Director of Innovation at Prio via Boas Noticias.

“In this edition, we focused on key areas for our organization to ensure that we had the right startups to work with us,” she added.

The companies that applied had the mission of responding to three challenges while presenting entrepreneurial ideas that corresponded with Prio’s agenda.

Every day, Prio sees people come and go. Some come rushing in and cut to the chase, while others take their time and think things through. For all of those, Prio is more than just a pit stop. Prio is in their lives fueling their power. Today, Prio wants to go further and push progress to fuel your dreams. Why? Because we picture a better society. We imagine a more efficient and sustainable world.