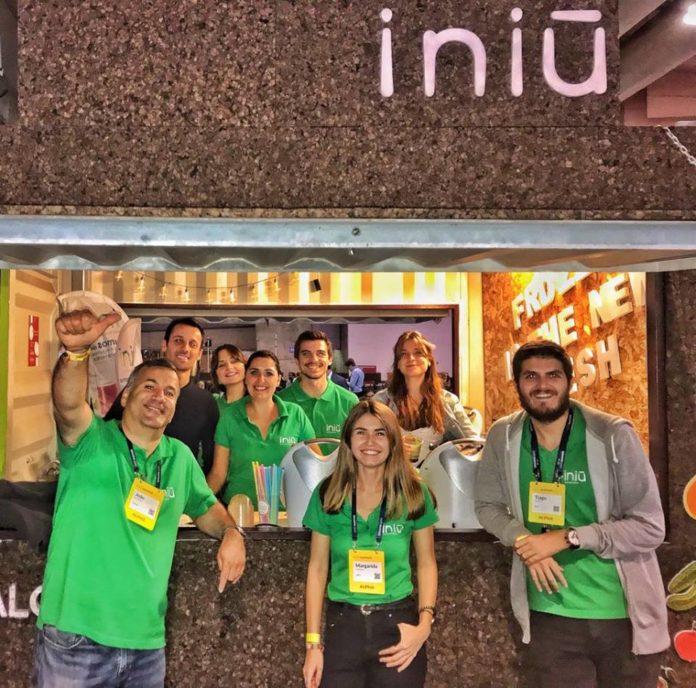 Iniu becomes the first functional drinks startup to raise equity crowdfunding through Seedrs, which is already at €234K for its frozen juice offerings.

This month Iniu became the first Portuguese functional drinks startup to be financed through the crowdfunding platform, Seedrs.

“We will continue to develop the project in Portugal, but we will also internationalize our brand and project, first to the UK and then to the rest of Europe,” Iniu Founder and CEO João Gouveia told Jornal Economico.

“This year we will participate in several international events, in London, Paris, and Germany,” he added.

Iniu now sees an opportunity in the UK where it wants to take its product to market before branching out more in Europe.

“The British market is accustomed to consuming this type of products and we know that the competition will be very large. Of the 50 million people, 60% are already prepared to buy products like ours,” said Iniu Project Manager Tiago Pereira via Dinheiro Vivo.

We are talking about a healthy food market worth 2.6 billion euros. We will try to convince customers of the superior quality of our product, where no additives are used,” he added.

Functional drinks, according to Persistance Market Research, are non-alcoholic, ready to drink beverages that include non-traditional ingredients.

The functional drinks startup uses cryogenic freezing in the production process, so that its products are frozen at the point of freshness, retaining 99% of nutrients, and requiring no additives nor preservatives.

“Our juices are frozen through cryogenics, the technique used for stem cells. The process takes only 90 seconds, at -80 degrees, keeping 99% of the nutrients and without adding preservatives, additives, and sugars,” explains Margarida Furtado, Product Manager at Iniu to Dinheiro Vivo.

This formula was found by Gouveia at the end of 2015. He sought, among many ideas, a healthier diet. With four children at home, he began to prepare, each morning and with different combinations, fruit juices with vegetables and superfoods. At times, the ingredients were missing, the flavors were not repeated, and “it would take a lot of work to prepare the juice in the morning.”

The “fruits” of Gouveia’s labor resulted in a product that is removed from the freezer with 10 minutes in advance; the packaging is then opened and the pulp is placed in a blender to which 200 ml of natural water or green tea is added and blended at maximum speed for 60 seconds.

Now that the functional drinks startup already has delivery services in Lisbon and Porto, the UK is next on its expansion list.

Once in London, Iniu wants to start buying everything locally and only using organic products, but the Portuguese startup does not want to stop there. The company is now looking towards a subscription model – with the delivery of 10 juices per month, for a monthly fee – and wants to reach Germany – “the largest European market for healthy food” – and Spain – “to create the Iberian division.”