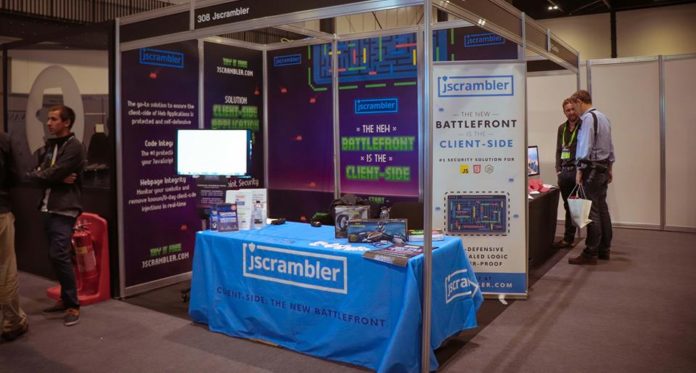 With €1.9 million raised in Series A funding from Sonae IM and Portugal Ventures, cybersecurity startup Jscrambler will look to expand its operations in Europe and the US.

The investment, which will allow Jscrambler to expand its business and develop its portfolio, was co-funded by Portugal Ventures and Sonae IM.

“This investment will allow us to accelerate expansion in the European and American markets and to help more and more companies prevent and combat attacks that are growing in frequency and complexity, but are being detected too late with serious financial and reputational consequences,” said Rui Ribeiro, CEO and Co-Founder at Jscrambler.

The Porto-based startup works with highly innovative cybersecurity products to protect web and mobile applications. Its flagship product, Jscrambler, is the worldwide leader in JavaScript Application security and the only browser-based solution to make websites and applications resilient to malicious tampering, reverse engineering and theft of intellectual property.

Jscrambler is already present in more than 150 countries, and more than 30,000 companies and individuals rely on the product to protect their online assets, including Silicon Valley giants who operate in sectors such as streaming, online commerce and video games, as well as companies that are part of the Fortune 500 ranking in the banking and healthcare sectors.

Portugal Ventures was the first investor to believe in the potential of the technology having made its first investment in JScrambler in 2014.

According to Celso Guedes de Carvalho, CEO of Portugal Ventures, “This Series A funding is the culmination of a joint work between the team of founders of Jscrambler and the Portugal Ventures team in the international expansion of the company’s business, which benefited from all the exposure and development of business and contacts in the natural market of the company (very competitive) which is the North American.”

“We are certain that this round will allow the company to accelerate the expansion that has already begun and will continue to allow thousands of users to protect themselves from cyber attacks. It should be noted that Jscrambler is considered the leading company in the security of Javascript Applications, which gives it a greater responsibility and opportunity to be another successful case of Portuguese startups in the world!” he added.

Focused on the strategy of being a European leader in the cybersecurity market, Sonae IM has in recent months invested in companies that are growing, such as Artic Wolf (USA) and Secucloud (Germany). It has also been investing in more Early Stage investments, between Pre-Seed and Series A, with the support and collaboration of Bright Pixel, the company’s company builder studio, which in turn saw Probe.ly born and grow.

Alexandre Santos, Head of Venturing at Sonae IM and co-founder of Bright Pixel, said that “participation in this round represents Sonae IM’s largest investment in an early stage project, demonstrating our confidence in the product and team of Jscrambler. More than a trend, digital transformation is a reality that brings with it several challenges for businesses and where user confidence is essential to the success of a business.”

Bright Pixel has been making headlines recently partnering with both Startup Braga and the Founder Institute.

And Portugal Ventures has been at the forefront of investing in Portuguese startups for years.