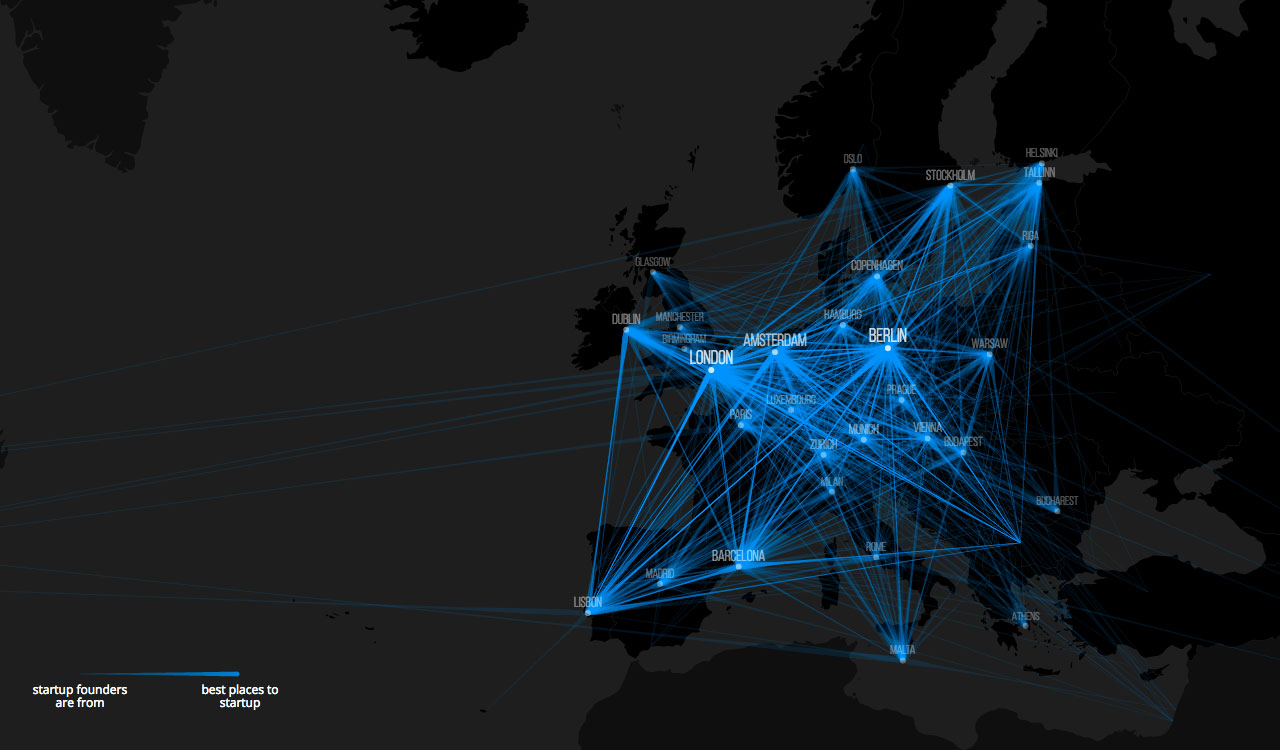 Lisbon within the top 5 startup hubs in Europe

According to the 2016 Startup Heatmap Europe report, Lisbon is included in the top 5 startup hubs in Europe.

The Startup Heatmap Europe, after a Europe-wide survey of startup founders, answers why entrepreneurs decide for specific locations and regions. The novel research was presented today at the Tech Open Air in Berlin.

Among the key remarks from the report we can find that access to qualified employees is the most important criteria when deciding the location for a startup.  Based on a survey of more than 700 entrepreneurs across Europe, the study confirms that 71% of startup founders name access to talent as the most important location factor, followed by the entrepreneurial ecosystem (69%), the costs (51%) and access to capital (44%).

WHAT GETS THE FOUNDERS MOVING? Image from the original report

23% of entrepreneurs in the study had founded their companies abroad, not in their countries of origin. Furthermore, the survey suggested that the most attractive European startup hubs are Berlin, London, Amsterdam, Barcelona and Lisbon. Analysing 30 European cities, there were quite significant differences between media attention given to startup hubs and the founders’ perception. While cities like Lisbon, Tallinn, Warsaw or Zurich perform better with the founders as media attention would suggest, Birmingham, Manchester and Milan do not live up to the buzz created around them. 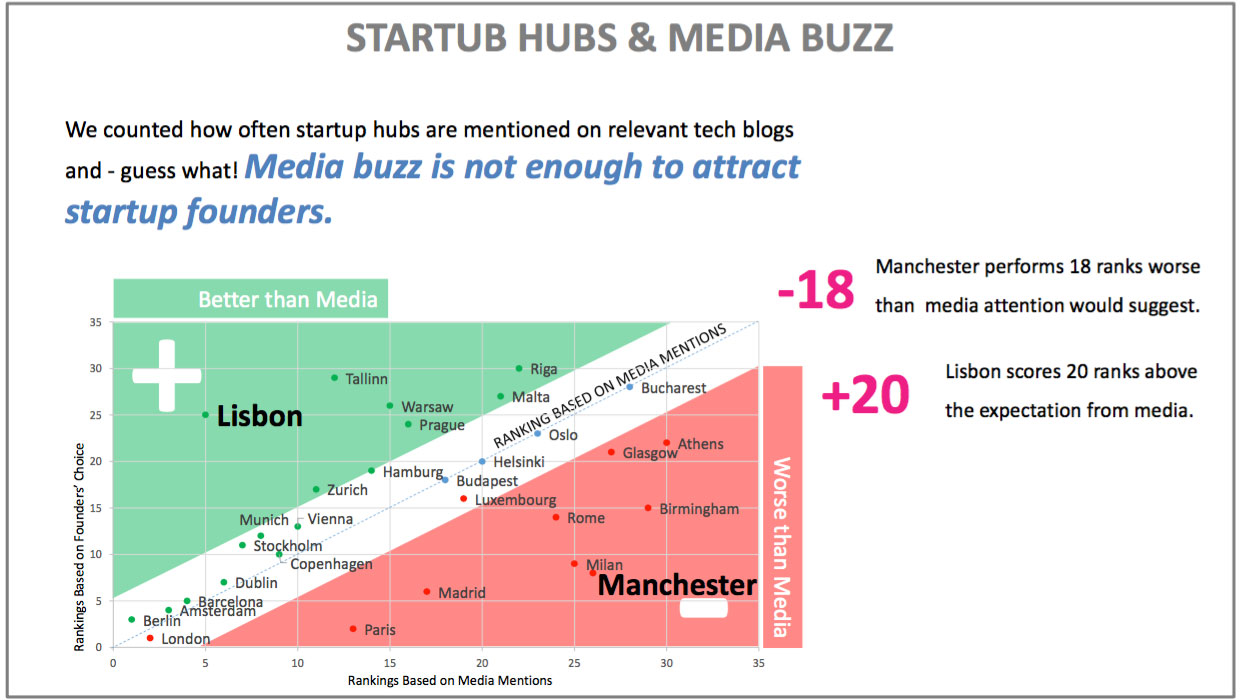 Thomas Kösters, President of the European Startup Initiative (ESI), believes that the statements of founders not only allow for projections of upcoming developments but also educate community builders, universities and business associations in various regions on how to attract and bind talent to their location.

With the Startup Heatmap, we want to enable a Europe-wide comparison of locations beyond political window dressing and PR. The key is that we ask the founders directly.

The Startup Heatmap Europe, brought to life by the European Startup Initiative, is based on an online survey of more than 700 startup founders across Europe between November 2015 and April 2016. The questions were focused on key factors for moving, the perception of cities and regions as quality startup hubs and readiness to move. The survey has been developed with the support of renowned stakeholders in the European startup ecosystem. The survey will be repeated regularly and the next round will start in November 2016. The complete report, details and graphic visualisations can be downloaded from the Startup Heatmap Europe website.