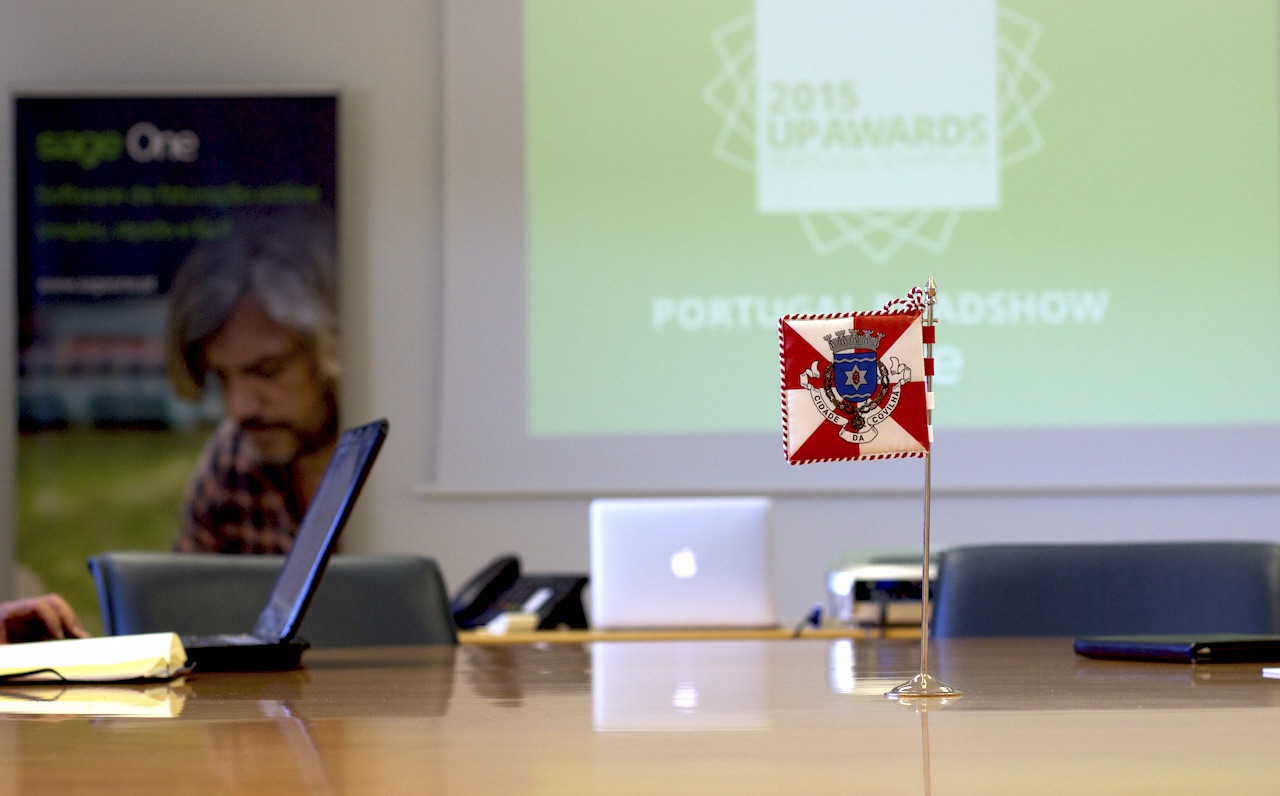 Long are gone the days when Covilhã was only known because of wool and snow. One of the main urban centers in the interior of Portugal, the city is surrounded by dramatic landscapes that invite you to go hiking, camping or skiing (when it snows, of course). But we were there with a different mission: meet the people behind Parkurbis and learn about the local ecosystem.

We had the chance to meet Jorge Patrão, Parkurbis Director, who told us a little bit about the story of the city.

As a city surrounded by mountains, there’s a strong know-how and a tradition of wool work, a sector that has been evolving with the implementation of technology in the field. But according to Jorge Patrão,

Technology and entrepreneurship are even more historic in the city.

Patrão says that this was the place where the cosmography and navigation studies that drove the Portuguese in the discoveries were first developed. Concepts like latitude, longitude and magnetic declination experienced a strong growth at the time.

Nowadays, Parkurbis and the local University (UBI) are the anchors of the innovation ecosystem.

Parkurbis is the result of a partnership between the municipality and UBI, having partners like Portugal Telecom (PT) and Luso-American Development Foundation. It has now around 35 companies, some of them are startups. More than 100 people work there. Projects like Parkurbis fixate people to the cities in the interior, which increases the production and generates wealth.

Recently the University launched UBI MEDICAL. The goal is to create a healthcare cluster in the city. 5 million euros were there invested to incubate and support new companies and research in the medical field.

Along all of this, with the goal of boosting the country’s role as a hub for exporting data storage capacity for companies and technology services, PT has created in 2013 a Data Center in the city. The infrastructure is capable of housing over 50,000 servers connected to PT’s high speed optical fiber network, under exceptional security conditions.

The PT Data center is not only a storage place. It has been hosting other companies like ARKO SECURITY, that has its monitoring center installed there.

It is from the effort of all the these players that Covilhã has been able to create an propitious environment to the emergence of companies like the ones we’ve heard from today:

Created in the end of 2012 by two pharmacists, Labfit was created to transfer technology that resulted from research done within the university. The company develops health products and provides services that help other companies doing the same.

They have products developed for treatment of dermatological disorders, focusing on genital care. One of the products is now on clinical trials.

The connection to the University, physicians from the field and the local hospital, has been essential to grow.

Created this year, UpHill was also born from research.

The company works to improve the abilities of the healthcare professionals by connecting consultancy with software that provides electronic health records.

4 doctors build the team, 3 of them are responsible for the software development.

Now, brace yourself, we’re announcing the winner of the pitch competition. An the winner is… Labfit!

The Roadshow continues, the article about Castelo Branco is arriving in a few hours!