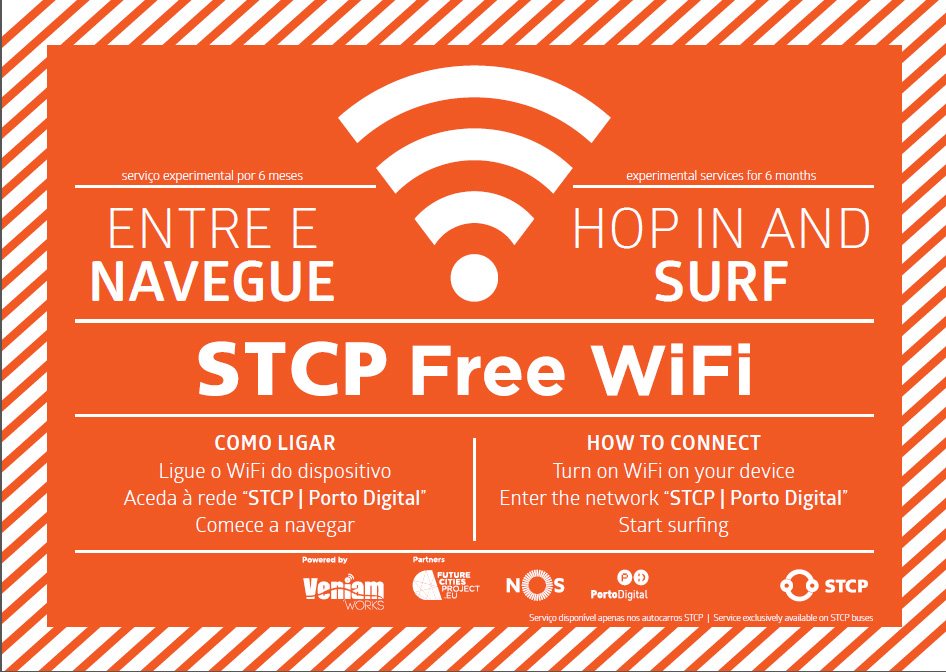 We live in an interconnected world where Wi-Fi is, more than ever, something we can’t live without. From last September on, and at least during an experimental 6-month period, passengers of the Society for Public Transportation in Porto (STCP) won’t be offline anymore.

Last 22nd of September, during the European Carfree Day, a new service was launched. More than 400 STCP buses circulating in Porto, Matosinhos, Maia, Gondomar, Valongo and Vila Nova de Gaia, are providing Wi-Fi service, allowing passengers to have free internet access during their journeys. This innovative system, fully developed in Portugal, made STCP the first public transport operator to provide Wi-Fi coverage on board of their buses.

This project was a partnership between Veniam’Works and several other institutions such as STCP, Porto Digital, NOS, University of Porto and University of Aveiro and was developed under the project Future Cities.

Veniam’Works is a spin-off company of the Universities of Porto and Aveiro, founded by João Barros, Susana Sargento, Robin Chase (well know as co-founder and former CEO of Zipcar, an innovative car sharing service), and Roy Russell. Based in Silicon Valley and Portugal, Veniam is backed by venture capital firms and angel investors from the San Francisco Bay Area, New York, Boston, London and Lisbon. 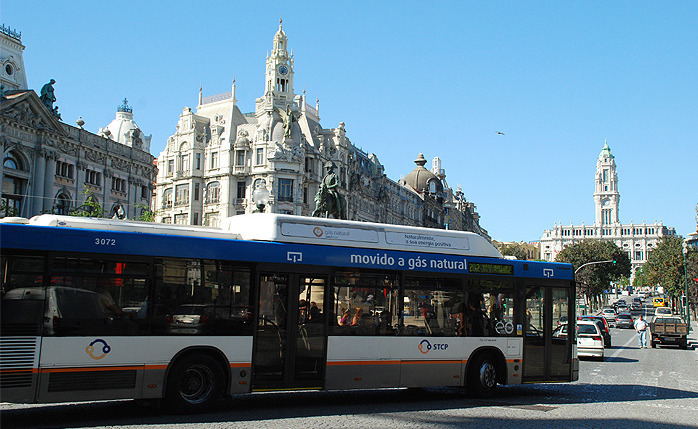 More about the Future Cities project:

It’s a European project led by the Competence Centre for Future Cities (University of Porto) that is transforming the city in an urban scale “living lab” with the goal of helping to put it among the most innovative cities in Europe. Under this project, and using technologies for communication between vehicles, the city has the largest platform for vehicular networks in the world which has more than 600 interconnected vehicles, including buses and service vehicles from the City Hall. Beyond offering Wi-Fi, the vehicular network also gathers data to improve the city’s energy consumption, environmental impact, management of roads and public transportation.