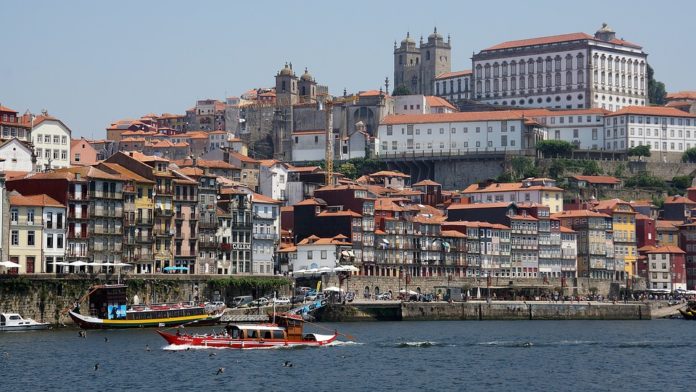 This is the 10th edition of the biennial conference of YES for Europe – European Confederation of Young Entrepreneurs, which will be held for the first time in Portugal, with Porto as host city.

“For Porto and for the Portuguese ecosystem, the realization of EYEC10 is an excellent opportunity to discuss ideas, exchange experiences, share knowledge, and network”

Integrated into ANJE Business Week, EYEC10 starts on December 5, at ANJE’s National Headquarters, and continues on the next two days, 6 and 7, at the Alfândega do Porto Congress Centre.

Started in 2014 and with a biennial calendar, EYEC is a landmark event for the European entrepreneurial ecosystem. It usually brings together a large number of entrepreneurs, managers, founders, researchers, mentors, investors and political-administrative officials around fundamental themes for entrepreneurship and innovation in the European Union.

“It is indeed very gratifying to co-organize the EYEC10,” said ANJE President Adelino Costa Matos, adding that this is a “very prestigious conference where important players in the European ecosystem meet to discuss issues related to the knowledge economy and industry in the EU.

“For Porto and for the Portuguese ecosystem, the realization of EYEC10 is an excellent opportunity to discuss ideas, exchange experiences, share knowledge, and network,” he concluded.

Companies participating in the coming edition include:

Among the institutional speakers are the Secretary of State for Internationalization, Eurico Brilhante Dias; the president of YES for Europe, Mikel Beroiz Rosino; the general director of the confederation, Przemek Grzywa; and the president of ANJE, Adelino Costa Matos.

The Yes for Europe project emerged in 1988 in response to the changes of the Single European Act.

However, the European Young Entrepreneurs’ Confederation, which today comprises the main youth entrepreneurship associations in 12 of the 28 EU Member States (Bulgaria, Cyprus, France, Germany, Greece, Hungary, Italy, Poland, Portugal, Spain, Sweden and the United Kingdom), as well as countries such as Albania and Turkey. Associations of Armenia and Georgia are, in turn, affiliated members.

Its main objectives are to disseminate entrepreneurship in Europe, to support European youth entrepreneurship, to promote relationships and partnerships between young European entrepreneurs, to collaborate with community-friendly business environments in the EU, and to boost the sharing of knowledge between associates.

EYEC10 is one of the anchor events of ANJE Business Week, a cycle of initiatives to enhance business activity, support entrepreneurship and promote internationalization. The ANJE Business Week will take place between December 5 and 7, and its program of events will be shared between the Alfândega do Porto and the National Headquarters of the Association.

In addition to EYEC10, the CPLP Meeting (meeting dedicated to business relations between Portuguese-speaking countries) and the 21st Entrepreneur Fair (a fair dedicated to employment and entrepreneurship) is planned.