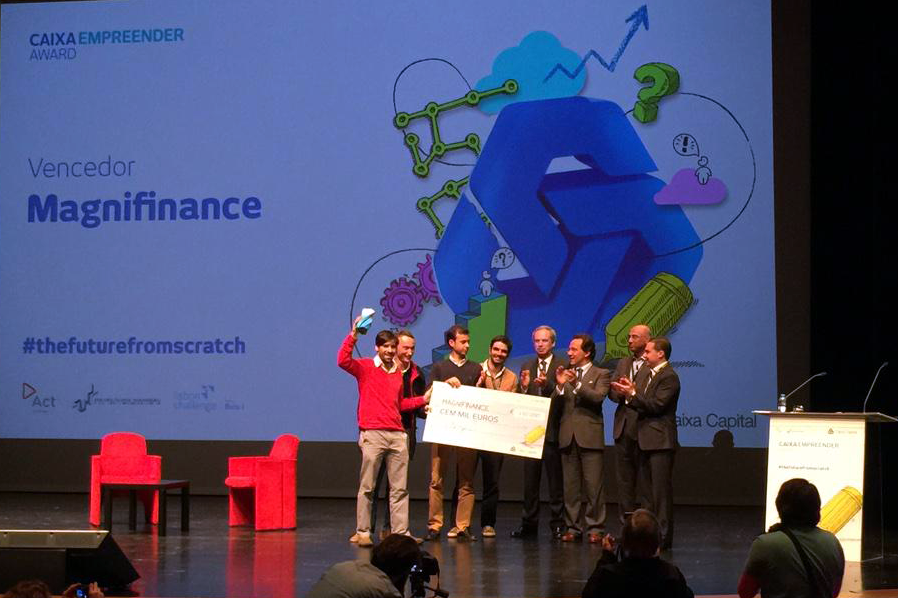 MagniFinance is a Lisbon-based startup that promises to reduce the time that companies spend managing their finances to just 5 minutes daily. The €100K they won yesterday, come after receiving another €100K last week from Caixa Capital.

But yesterday’s event was more than a startup competition. After the 7 pitches and before the announcement of the winner, there was a roundtable about incubation and acceleration in Portugal with panelists from COTEC, BGI, Startup Braga, Beta-i and Startup Lisboa. They shared the latests accomplishments from their startups and for the numbers they mentioned of money raised, startups incubated and international founders, there is no doubt that the portuguese startup ecosystem is thriving and going into the right direction.

. @Carlos_Oliveira just revealed that startups from @StartUpBraga already raised more than a million since May. #thefuturefromscratch

Then, two more roundtables. One with portuguese investors and another one with international investors. Here, the message was clear: Portugal has the talent to create global and multimillion dollars startups. There is money in Portugal for pre-seed and seed rounds, but startups with global ambitious need to go abroad to find investors for series A and so on.

"It's not only about money, it's about bringing the right skills to the startups" by @agarciabarbosa

This was the biggest event of the year so far and showed the vitality of the portuguese startup ecosystem.